If you were to go to Google and type in “Carl Lentz”, then click on “news”, you would see pages and pages and articles and news reports about the fallen Hillsong pastor, friends of the likes of Justin Bieber and Kevin Durant, and his recent affair (and possible affairs).  You’ll also see ambiguous news of other Hillsong pastors mysteriously resigning their posts and either moving to other churches or dropping out of the ministry all together. 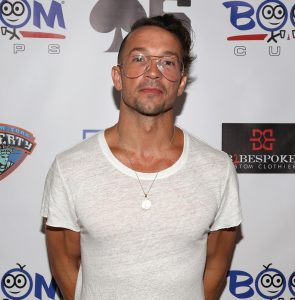 Good news though, this is not a post judging any of these individuals or churches.  Alas, let’s go after the cause and ignore the effect for the time being.

Probably since the early 90’s, I have been attracted to successful ministries and bands.  Let’s start with Dc Talk, or as I like to call them, my first musical love.  They were on the cover of CCM Magazine a ton and each time they were, I made sure to run to the local Christian bookstore, “the Captain’s Quarters” and pick up a copy.  I went to that store on September 15, 1992 to pick up my copy of the new Michael W Smith Album, “Change your World” and again on January 10, 1993 to pick up “Free at Last” by DC Talk.  I wanted to sing like them.  I wanted to go to their concerts.  I wanted to be on stage like them.

Then I attended Pensacola Christian College for four years in the mid 90’s, and wasn’t able to enjoy the music I once listened to.  When I graduated however, I remember being introduced to a book by Rick Warren called “The Purpose Driven Church”.  I was enamored at the book and how it made church digestible to me.  I wanted to be at a church like Rick’s.  I wanted to check out his church.  I wanted to be hired by him.

By the early 2000’s it was Andy Stanley or Delirious or Craig Groeschel or Third Day’s worship album that kept me connected to the cool Christian cultures of that day.  Then cool Christian conferences called on me to go and check out the newest coolest stuff the church should be talking about and addressing in the culture at large.  Always the newest look, the biggest Christian stars, the most talented people grabbed my attention and called for me to join them on their mission, whatever that may have been.

Please don’t misunderstand me, I don’t blame Andy or Craig or Martin or Catalyst for any of this, but I was always just attracted to image.  Somehow I don’t think I was alone, because over my 23 years in ministry, at this point at least 50 of my friends in ministry have fallen immorally in some way.  Once again, I’m not judging.  At any point, I could make a dumb ass decision and hurt my ministry, my integrity, and most importantly, the name of Jesus.

I’ve wrote about this some, but  what do we do about this?  How do we fight the battle for the souls of our leaders?  The way I see it, the church is in the middle of a change.  Many more people are in the spiritual wilderness than they were a decade or two ago, and the number will grow as long if we continue to think and do church the way we always have.

First, we have to stop believing that the only people who do church are the ones who have titles.  The truth is the people who deserve to speak into the life of any church are the ones who give their lives into making the community better.  I chose those words deliberately.  I didn’t say making the building better or the strategy better, but the community better.  Who is speaking into the lives of the people around them and calling them into deeper discipleship?  Who is empowering believers as a whole to grow deeper in their faith?  Those people have a right to speak into the life of the church.  Those people have gifts that are more important than holding a door in church.  If you’re faith is mature, I beg you to please use your gifts, inside or outside of your church organization.

Second, Your church leadership or group leadership must remain accountable to those in your church.  I don’t mean a small circle of people, but those who give and love on the church.  This is a slippery slope because I don’t think a church service should be “the way we always have done it”, but each person in a church has value and should be 1.  Called to grow and mature as a believer and 2. Given a say in expressing their opinion as to why something should change.  I don’t mean that as a carte blanche free for all complaining session, but as a way to express the wisdom and gifts God has given them as a church.

Third, and most important, we must fall in love with Jesus and not a rock star pastor.  Ive seen this recently, along with this, and am almost sickened by the focus we have on lifting up and building up the pastor at the expense of our churches being more interested in praising the pastor than Jesus.  In fact, when I was on staff at a megachurch, I was commanded to “honor” the pastor every time I was on stage.  If a pastor is mature in his faith and if a pastor should be leading a group that large, the pastor can handle criticism.  Any good leader will be criticized. That’s ok.  What’s not ok is a leader expecting to have lots of attention handed to them and not being able to handle allowing people around them to criticize them constructively.  I don’t mind loving your pastor and building them up, but not in a way that deities them. 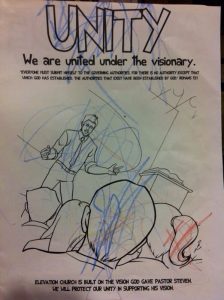 This is a deep topic, and the church has a long way to go.  This is in every independent church, loosely affiliated church, denominational church (including the Catholic Church), and I’m sure it will make its way to home churches if we’re not careful.

While we’re in the wilderness, we might as well fall back in love with Jesus, how about it church?