You Are Here: Home → 2019 → November → How we look at Christian celebrities

How we look at Christian celebrities 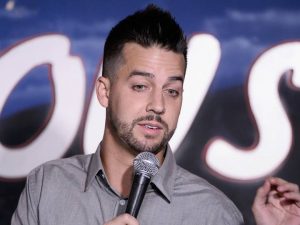 John Crist recently became another in a long line of famous Christian men who found their career and reputations destroyed by a serious breach of ethics.  He’s not even the first comedian to hurt the name of Jesus with his actions.  Years ago, Mike Warnke, also a well known Christian comedian, built his name on his experience as a “Satanic priest” but later was found out as never having been a Satanist.  From power to sex to money, the casualties of men who claimed to be one way, yet actually lived another are piling up.  A change in the way we look at those we look up to in the faith is needed.  Making celebrities of our spiritual heroes should be avoided if we are to truly show the world Jesus is Lord.  What are some practical steps we can take to change how we view those who publicly speak for Jesus disciples?