What is Spiritual Deconstruction? Part 2 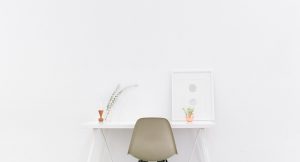 In part 1 of “What is Spiritual Deconstruction”? I focused on how Jesus “spiritually deconstructed” in a way like you and I  might minimalize our houses after we have accrued too much junk.  Today I will be sharing a few personal experiences of my own “spiritual minimalism” in an effort to show a healthy way of “deconstructing”.

Like any good fundamentalist teenager, I read the Bible a lot – King James Version of course.  When I was in 3rd and 4th grades, I read the Picture Bible, and by the time I was in middle school and high school, I became very learned regarding the Holy Writ.  I would read for hours, along with Christian biologies and in between my life on the basketball court.  I loved reading the Bible and was challenged often by my youth pastors and teachers (I attended a Christian school too).

Oddly I remember one of the first times I ever read Romans 14 and understood it and applied it to what I was going through.  I was reading a black leather bound Scofield Study Bible on a ride from my house to the Great Scot Grocery Store with my dad.  The drive wasn’t very far, but I didn’t want to go into the store, and so I continued to read while my dad shopped.  As I turned from Romans 13 to the ensuing chapter, I was stunned to read Romans 14:1.

“Him that is weak in the faith receive ye, but not to doubtful disputations.”

I had to read it again.

I’ll share the same verse with you now via the New Living Translation:  “Accept other believers who are weak in faith, and don’t argue with them about what they think is right or wrong.”

Then Paul goes on to examine why that sentence was true.  He uses eating habits and festival celebrations  examples to his larger point.  He says that some people eat only vegetarian food like plants and vegetables. And some people don’t just eat those things.  Then he talks about celebrating certain days as special or holy, and others not celebrating those days at all, but view every day as special.  He finishes by warning the believer to not condemn other believers who think differently about some of these topics that are apparently not central to the Kingdom or the Work of God.

“For the Kingdom of God is not a matter of what we eat or drink, but of living a life of goodness and peace and joy in the Holy Spirit. If you serve Christ with this attitude, you will please God, and others will approve of you, too. So then, let us aim for harmony in the church and try to build each other up.”
‭‭Romans‬ ‭14:17-19‬ ‭NLT‬‬

My dad came out of the store and I couldn’t wait to show him what I found, and ask him several questions, in particular about Christian music with drums.

But as time went on, I realized that in todays society, Paul could have used several examples of ‘doubtful disputations’.

Romans 14:17-19 does a fairly good job of answering the question, but the gospel might also be an answer.  However, and this is a hard one for a lot of people to digest, we must remember that it is a heart thing.  In other words, you can know the gospel and see a definition of the gospel, and maybe even believe that the events actually occurred, but if it does not sink into your inner being, and if you do not surrender to its call, It is no different than reading any piece of literature.

I’ll return to the NT Wright Definition of gospel here:

The gospel is the royal announcement that the crucified and risen Jesus, who died for our sins and rose again according to the scriptures has been enthroned as the true Lord of the world.  So as a result of this, we are called to salvation, out of sheer grace, leading them to repentance and faith in Jesus Christ as the risen Lord.

As I left a fundamentalist college (25 years ago this week) and moved on to the church world in Massachusetts, several things happened.  First off, I ran into my bout with church politics after my pastor had an affair.  It was a difficult and tumultuous part of my life in some sense, but a beautiful and interesting time in another.  I decided over time after reading the books “Blue Like Jazz” by Donald Miller and Velvet Elvis by Rob Bell that I was going to start practicing some “spiritual minimalism”.  I didn’t call it that, but that’s essentially what it was. (In fact, my friend George first called I that after reading part 1 of this series)

Over time, however, I felt very uncomfortable as I read some of the other books of Bells and others like Brian McLaren.  I didn’t feel uncomfortable like I hated them and thought they should be banned from bookstores everywhere.  I felt like I didn’t believe many of the things they were teaching, but appreciated some of the things they were trying to say.  One day while studying Rob bell’s church website, I came upon this article linked there about the authority of the Bible.  It was by a guy named NT Wright, and honestly, I was hooked.  I was hooked mainly because much of his writings were based on history and the cultural context of the New Testament.  Many of the questions I had about how we interpret Scripture, and specifically the New Testament, came because I love history and saw some inconsistencies between how we interpret scripture and what the gospels or Paul were actually saying when they wrote their letters or stories.

For instance, (for a glaringly obvious example) taking the phrase “do not love the world” and saying “you should not listen to rock music of any kind” or wear makeup or go see a movie.”

I began to read more Wright and Alan Hirsch and other theologians with a more missional vent, which I felt had been missing from churches in the American evangelical world.

But through all of that reading and searching, as I still do, and as I still attempt to spiritually minimalize, I was always anchored to the gospel, not only by definition, but by every lifestyle choice I wanted to make.  yes.  I believe with everything I have that the crucified and risen Jesus, died for my sins and has been enthroned as the true Lord of the world.  So I’ve been called to salvation, not because of anything I’ve done, but because of the sheer grace of God, I’ve been lead to repentance and faith in Jesus Christ as the risen Lord.  And I can and should now share that good news with others who I spend time with. 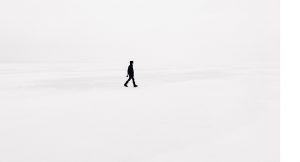 So I read Scripture and ask the Holy Spirit to lead me and guide me as I read and live my life, but over time, because I am human, I form habits, and in forming habits, sometimes I add things to my own faith.  Like church attendance or doing good works or a specific amount of time I spend in prayer each day or any number of things that join me on the journey, that if I am not careful, will commandeer my relationship with God like a leech to my ankle after I’ve walked in some mud.  That leech doesn’t belong there, but over time it will feel more comfortable or I will have the ability to ignore it.

May I suggest you consider how you might engage in some “spiritual minimalism” in your own life?  First, please be anchored to the gospel, the good news of Jesus.  You are not trying to empty you mind of everything, but if you have been called, out of sheer grace to salvation, do not forsake it for the world.  The good news is for you and it is about God.  Keep following.

But there are a lot of things in the church world that attempt to hijack the gospel and make it anything but good.

I’ll give you an example of this, and depending on who you are, you might actually hate this example and ignore anything else I write.  I get it.  Believe me, I was there.

Years ago, in the early early 2000’s, I sat at a table at the 99 Restaurant with a friend of mine who attended a college called WPI (Worcester Polytechnic Institute).  It’s one fo the foremost engineering schools in the country.  My friend, like most of my friends from there, was very smart.  As we talked about God and theology, I heard him insinuate that he believed God used evolution to bring about the creation of the world.  God was the creator, but he used evolution as the process.  And the first part of Genesis was man’s way of expressing how that all worked together.

The more he spoke, the more my head dizzied with judgments about his life and his need for Christ.  Now remember, my friend was a fervent Christian who continues to love Jesus to this day.  But I could not wrap my head around how he could believe in the the good news of Jesus while holding a belief in evolution, we in if God used was the one who started the process.

I was taught that the Genesis story was a literal story and there was no room to believe otherwise for a Christian.  And that was that.

I ignored the fact that there are plenty of allegory’s in the Bible, I just wasn’t ready to hear that the creation story might be one of them.  I didn’t know the fact that plenty of Christians from around the world, including the longtime director of the National Institute of Health and the creator of the Genome Project, Francis Collins believed the gospel and believed that God used the process of evolution to create the world.  Connecting a literal interpretation of the Creation story to my belief in the gospel was a must…until it wasn’t.

All that to say, “Spiritual Minimalism” can be a beautiful thing when it is anchored to the gospel as your call to salvation. I encourage you to engage in it.  To get into scripture, not for the purpose of destruction, but for the purpose of knowing and maintaining “why” you are involved and have given your life to something.

But of course there are times when things get deconstructed and destructed.  More on that later.