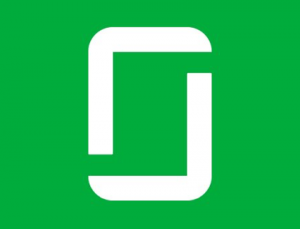 In August of 2017, the operations pastor of the church I worked at, Next Level Church, wrote a memo to all its employees asking us to jump on Glass Door or Indeed and write an honest review of what it’s like to work there.  At NLC, we worked tirelessly “for the Kingdom of God” and “to rescue the one”, so basically I ignored the request because  of how busy I was.  Also, I hadn’t looked for a job since the late 90’s, so I had no idea what those sites were, and he didn’t explain why it was important.

In early 2019, my situation changed and I needed to find out what they were.  You might know that Glass Door and Indeed are excellent sites and apps to find jobs, and to find out how those particular companies treat their employees.  So now that I was looking for a job, I needed these types of web sites to help me.

It was then I realized why we had been asked to write a review every so often as current employees.  In January of 2017, the first review for Next Level Church, headquartered in Somersworth, NH, was written by a current employee.  The review said it was an “Unhealthy work environment, there was a “lack of follow through from leadership”, they “drained volunteers and staff, there was a “high tension work environment when it comes to deadlines”, and “poor communication”.

I’m not perfect, and I’m sure there are ways my leadership can grow too, so one bad review does not a lifetime make.

The second review came five months later from a current employee and was more scathing than its predecessor.  It gave some positives, but for the most part, it tore into the work culture at the church.  A month later, a third review appeared, again from a current employee, and said, “Take more time to care for, pastor, and get to know your entire staff.  Communication, appreciation, and respect is extremely poor from the leadership.”

August 1st produced the companies first review from a past employee, and it was equally destructive, calling the leadership to “Step out of your bubbles, look at how many families are being ruined, spend time with your own families, and be more like Jesus.”

The thing about Glass Door and Indeed and these reviews is that the companies can’t touch or edit the reviews.  They don’t have the control over those employees in those ecosystems, so they can get a bad reputation quickly from treating their employees poorly.  By the time I found the site and the reviews, Next Level Church had found Glass Door, began to understand the ramifications of these new sites and their reviews, and then asked their current employees to write an honest review on those sites.

if you’re a current and newish employee, you know that you’re seeing people come to know Jesus, meaning they filled out a card that said so, and you’re getting paid a little to do that.  You’re doing it in a decently fun and high pressure environment.  And when you’re in a high pressure environment, the only thing you can think about is the pressure, so thinking about leaving the environment and the friends you’re making along the way can be very difficult as time goes on.

So enough current employees wrote positive reviews to bring the company score up to a decent number.  By the time the employees filled their honest reviews out, (I’m assuming those who filled it out understood that the leadership was watching) the bottom four were buried down in the list.

The end of January 2018 and October 2018 brought more requests from the administration to put more reviews up on those mediums.  What was happening though, was turnover was at such a high rate, that new employees were coming into the fold, not because things were growing, but because people were leaving or getting fired. From October 2017 to June 2019, for instance, 22 people left the company. I realized in November 2018 that, besides the four guys in leadership, only one other person had been there longer than my three and a half year tenure, and that person was hired the month before me.  These new employees were coming in and being asked to do an honest review of the new job in which they were in the honeymoon phase.

In the last year there have been a few reviews, one positive and one negative, but in February, More negative reviews have been placed on Glass Door.  Of course there have also been two positive reviews as well.  My guess is the administration has sent another message to the employees saying something like, “This is awkward to have to ask, but could you leave an honest review of what your five minutes working here has been like so far…?” (Sarcasm intended)

I also believe former employees have been talking to one another as time has gone on and are now realizing the consequences of being on a church staff with a culture of fear, control, and manipulation can have on their psyche.  Sometimes you don’t know how much an environment affected you unless you are outside of it.

All of this can be well documented on these sites.  As far as I know, it cannot be controlled by the company.  So feel free to look at it yourself.  In all fairness, to this point I have not written a review on Glass Door or Indeed, but plan on doing so in the future.

If you are looking at working for a church or any company, please look at the reviews, all verified by Glass Door or Indeed.  You can also go on to Linkedin and find a handful of former employees, randomly, contact them and try to get an account of their experience at that company.  Don’t give in to the lie that whenever someone says something good, it’s a good review, and whenever someone writes a bad review, it’s a crusade of falsehoods.  Of course the opposite is true too.

If you are currently working in a company that is asking for all of you, including all of your loyalty, then not giving anything back all in the name of God, please know that you can leave.  You are not alone.  There are former employee friends who are no longer there who will love on you, connect you with other employers, and help you get a job.  Not to mention you can always trust God to take care of you.  You do not have to live in a world thinking you have no choice but to stay.  You always have a choice.

Here me when I say this.  I say it with humility and hope that things will change for the employees there.  People will come to Jesus whether that organization exists or not.