What is Spiritual Deconstruction, Part 5

In Revelation 7, the author writes:

“After this I saw a vast crowd, too great to count, from every nation and tribe and people and language, standing in front of the throne and before the Lamb. They were clothed in white robes and held palm branches in their hands. And they were shouting with a great roar, “Salvation comes from our God who sits on the throne and from the Lamb!” And all the angels were standing around the throne and around the elders and the four living beings. And they fell before the throne with their faces to the ground and worshiped God. They sang, “Amen! Blessing and glory and wisdom and thanksgiving and honor and power and strength belong to our God forever and ever! Amen.” 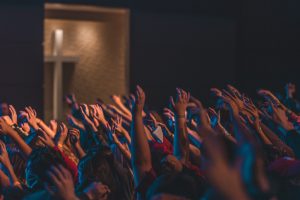 ‭‭
It’s a huge worship service, of a vast crowd, too great to count, and everyone is standing around worshiping Jesus.  Scripture doesn’t say that there is a Promise Keepers logo or a Billy Graham Crusade happening or even K-love  rebroadcasting the events. It’s simply a large group of people worshiping Jesus, and that is all.

When I think about this happening in todays age, I can’t really fathom it.  My friend Nathan believes it can.  He’s much younger than me, and when he mentions it, which is quite often, I chuckle and tell him I agree, but admittedly I am a double minded man at this point.  My voice agrees, but my mind thinks he’s crazy.  Churches and denominations can’t even let go of their own logos much less allow people to go to a Worship service where they can’t get an accurate people count and the pastor doesn’t know what the worship team is going to sing about or what the speaker is going to preach about.

What will the theology be?  What creed will they be using?  Will they introduce heresies?  Will the worship leader’s jeans be too tight?  No church member of mine is going to that gathering!

Of course I’m making light of what will no doubt be a very serious and wonderful event, however, we as humanity, don’t have a great track record when it comes to seeing the things of God…or even God…when He shows up in our vicinity.  It’s like we know what we should be doing, but because of the cards dealt us, or the systems we’ve been handed, we talk about doing the right things, and then don’t.

It is in that “And then don’t” line that those who are deconstructing step in and attempt to figure out why we do certain things in the Western Church. So with part 5 of this series, I’d like to explore what makes someone a Christian and what does not.  This is for certain a precarious scenario to put myself as it’s possible I could end up writing some form of heresy if I’m not careful, and truthfully, I’m not always that careful.    I don’t mean in regards to theology or reading the Bible or following Jesus, but more like in my personality.  I am very loose, sometimes unorganized, and often times not as detailed as I should be, at least in my own mind.

The reason this is important is because usually when it comes to an important topic, I’ll break it down into bite sized pieces and find the lowest common denominator between people groups.  Many people interested in theology, and maybe even you, do not look at answers in Scripture in such ways.  You might haggle and research and tear apart verses and words in different languages until you come to an understanding. Even many deconstructors (I know, it sounds like a Hasbro cartoon) parse the Bible this way, and still come to the understanding they do.

So what do we make of such things?  How do we build unity in light of the fact that we think so differently about so many things?

Your read that right.

Listen, there is no clear cut way to read Scripture.  It’s not like Paul was saying, “read the gospels and thats how you act, and then when it comes to church life, read my letters.” But that’s kind of how we have come to process the New Testament, and of course, in processing that way, we have divided (combined with the freedoms we enjoy in America) into 1000 different groups and denominations.  But in the end according to Scripture, we all come together.  If that sounds impossible, what do we do about that?

How about we put the pressure of living the directions of Paul on our own individual lives?  In other words, “I need to act this way personally”, and then when it comes to others, we say, “As a Christian, act like Jesus.”

I say this understanding that this is only a temporary solution, but here’s what I know that is reflected in most of our lives.  We like to put high standards on others, and give ourselves a whole lot of freaking grace.  Only a few certain types like Michael Jordan and Tom Brady do the opposite.  But most of us go after others with boat loads of expectations and offer ourselves the grace of Jesus, exactly as we are supposed to.

But what if we offered the grace of Jesus to others, and asked them to simply act like Jesus in word and deed.  The other ways we can act like Jesus is by being the harshest we can be to uptight spiritual leaders who cast judgment like it is their jobs.  And I don’t mean in a passive aggressive way.  I mean take people who use manipulation and judgment and spirituality as a weapon and tell call them “white washed tombs and a brood of vipers”.

And on ourselves, we go hog wild on the sanctification route.  We work hard at being like Jesus and expecting great things on the way we live, communicate, and sacrifice.  We study and learn and teach people to be like Jesus, but no one out works us when it comes to sanctification, and in the process, we become as God has created us.  But we must be careful in that transition that we too, don’t become those people we judged (like Jesus did) by staying humble and spirit filled. 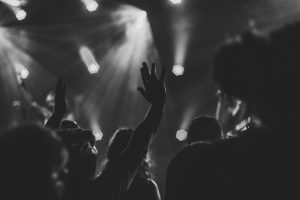 The reason this might be a good idea is because of the amount of Christian leaders who are so black and white on their philosophy, yet who we find later engage in moral failures, many times in ways they have preached against from stage.  Sexual sin, materialism, hiding child abuse, misuse of power and gluttony are just a few examples of ways that Christian leaders have fallen and ignored their own sins while harping on other cultural sins.

Staff members and families who have given most of their lives to the church are then left hanging by a thread and wondering why they gave so much.  This happens enough times and you develop a culture of people who begin to deconstruct their faith, and certain parts of Christianity look a lot like a pile of hypocritical crap.

I want unity.  I want to be totally okay if someone in my church decides to go to another church.  I want to be okay with people who begin to question God, because I believe He’s big enough and good enough to handle it.  So let us lay our lives down, not for our organization or for a good leader, but for Jesus.  If that also means I must lay down some preferences and even some “really strong Christian thoughts”, then that’s what I have to do.  As long as I believe this:

The gospel is the royal announcement that the crucified and risen Jesus, who died for our sins and rose again according to the scriptures has been enthroned as the true Lord of the world.  So as a result of this, we are called to salvation, out of sheer grace, leading others to repentance and faith in Jesus Christ as the risen Lord.