What is Spiritual Deconstruction? Part 1

Recently I posted on Facebook (or Meta or whatever it is) an article written by Carey Nieuwhof, an evangelical pastor called “Five real reasons young people are deconstructing their faith.”  I thought the article was well thought out and talked intensely about how the church should deal with such things when it occurs in our midst.

Shortly after I posted it, several people from both sides of the conversation (People who have deconstructed their faith in some ways and people who dont believe one should do such things) posted in various tones their opinions on the topic.  Of course, some posted Bible verses with the understanding that they would not be criminal enough to use their feelings and emotions to make such important decisions in their life.  During some of the conversation, things got a bit heated, but calmed down as time marched on. 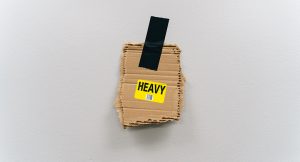 One of the big problems we have with this conversation in general is our differing thoughts as to what “deconstruction” actually is, so I thought I’d attempt to answer that question based on Scripture, my own personal experiences, and the experiences of the countless numbers of friends I have who have or are going through what most of us would consider “deconstruction”.

So let’s start with Scripture, as I have no desire to be thwacked by those zealots who might attack me for doing something so vile as starting with my own experiences.

There is a passage in the gospels towards the end of Jesus’ ministry where those who disliked him went after him, trying to trick him with head games and questions of the intellect.  (Matthew 12:30,31)  Their hope rested in that he would answer wrongly, and those answered would make him less popular with the general Jewish population.  Sort of like when Jerry Falwell Jr or Rob Bell answers a question on todays general Christian population – A third of the people of the people hate them, a third of the people love them, and a third don’t really care what they say.

One of the teachers of religious law had been watching Jesus answer the questions, and decided to throw his hat in the ring.

“Of all the commandments, which is the most important?”

In reality, it was a very good question to attempt to hoodwink Jesus and make him less popular.  You see, Judaism and its followers too, had their favorite passages based on how they interpreted the Law.  The Pharisees, the Sadducee’s, Zealots, Essenes, and the like all had their focuses and views of the way Scripture should be read, and then practiced.  If Jesus were to answer the question wrongly, they would preach to their followers how wrong he was, and Jesus’ influence would theoretically wane.

Jesus replied, “The most important commandment is this: ‘Listen, O Israel! The Lord our God is the one and only Lord. And you must love the Lord your God with all your heart, all your soul, all your mind, and all your strength.’ The second is equally important: ‘Love your neighbor as yourself.’ No other commandment is greater than these.”

So Jesus goes after what many today believe is the heart of the Law and the Prophets.  Love God.  Love people.

Most people don’t do both of these things, including Christians and including what we might consider “Good Christians.”  We get angry.  We get mad when someone disagrees with us on social media.  We cruelly judge.  We foolishly believe we are the author of our success, and neglect or forget God and the love and worship we are called to have for Him. Then Jesus comes along, becomes the King of the world when He defeats death, and then as followers, we are called to, through His Spirit, produce what he wants us to produce for his Kingdom.

I’m sorry, but I don’t know that many Christians are actively producing this kind of fruit today.

The teacher of religious law replied, “Well said, Teacher. You have spoken the truth by saying that there is only one God and no other. And I know it is important to love him with all my heart and all my understanding and all my strength, and to love my neighbor as myself. This is more important than to offer all of the burnt offerings and sacrifices required in the law.””

‭‭The teacher of religious law has an incredible aha moment here as he responds to Jesus’ epic answer.  He realizes that there is a difference – and this is important – between the commandment, and practices we put in place to express that commandment.

Like the difference between loving God and going to church.

Or loving God and serving in a food drive.

Or loving God and reading the Bible.

Or loving our neighbor and working in a church.

Or loving our neighbor and being nice to people on Sunday morning.

Or loving our neighbor and going to a small group.

The man realized the difference between the commandment and expression of that commandment.  In a sense, he was deconstructing and perhaps he didn’t realize it.

Which brings us to the heart of the issue.  Literally.

The thing about deconstruction is that it’s a heart thing. And so is Christianity.  Following Jesus for the disciples and for anyone who joined them was a huge lesson in deconstruction. They were taught one thing about God and sacrifices and ritual and observances, etc…, then Jesus comes along, and claims to be the fulfillment of that story.  In other words, all of the stories, traditions, and sacrifices which occurred in the Old Testament came to fruition in and through the person of Jesus.  And that’s the gospel.

The gospel is the royal announcement that the crucified and risen Jesus, who died for our sins and rose again according to the scriptures has been enthroned as the true Lord of the world.  So as a result of this, we are called to salvation, out of sheer grace, leading them to repentance and faith in Jesus Christ as the risen Lord. (NT Wright)

In another passage early in the gospel of Mark, (Mark 3:1-6)  Jesus heals a man with a deformed hand on the Sabbath day.  Let me make this perfectly clear – this was against the literal law of Moses and the following additions priests made over time.  It was “unlawful” not just for Jesus to heal, but for Jesus and the Jews to do much of anything during that day of the week.  Jews were commanded to rest on the Sabbath, and this was part of God’s law from the very beginning.  It was a part of the creation story and it was a part of the 10 commandments.  It wasn’t like Jesus just forgot about this.  He knew perfectly well what he was doing.  He was “deconstructing.”

Now before you burn me at the stake of self righteousness, I want to step back.  Obviously Jesus wasn’t deconstructing in a way that we can deconstruct.  But he was deconstructing in a way like you and I might minimalize our houses after we have accrued too much junk.  He didn’t get rid of the house.   He got rid of all the stuff in the house that made it look like an episode of “Hoarders”.  He was anchored in his love for God and his love for his fellow man.  That anchor separates the two expressions of deconstruction, one of which is important and one of which is, not dangerous, but hard to take for believers. 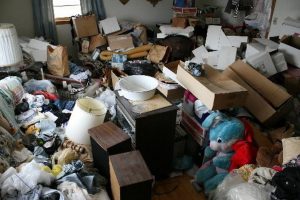 I’ll talk more about those two in my next few posts.

How have you and/or your church added to the gospel in a heavy handed and burdensome way?

What rules have you laid down, not for your own life, but for the life of others, that do not produce freedom, but bondage?

How is your heart heavy with bitterness because someone you have seen on Facebook or at church has (metaphorically speaking) healed someone during Sabbath?

You see, Christianity, like deconstruction, is a heart thing.  If reading the gospels hasn’t taught you that, you have not read the gospels.  So as we peek into this idea of deconstruction over my next few blog posts, ask yourself, “How is my heart?”  Is it devoted to God?  Is it committed to genuinely loving my neighbor (even if my neighbor isn’t following my own laws)?  And what judgment have I laid out towards someone else that is reserved for God?

By the way, deconstructers can judge others in their heart as much as anyone who feels strongly about their place in the Faith-time continuum.  But that’s for another post.

Check out Part 2 of this series.