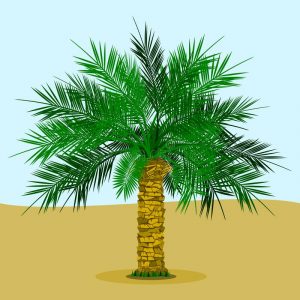 To read chapter 1 of the Babel Pandemic, click here.

To read chapter 2 of the Babel Pandemic, click here.

To read chapter 3 of the Babel Pandemic, click here.

When people start to get sick and die, it’s not a good thing.  When people start to get sick, then give other people that sickness and then they all die, it’s a horrific thing.  My father died as a result of some sickness that was making many people sick and killing a few others.  It wasn’t going away, and after parties like the one my family threw for me on my 13th birthday, it seemed to be getting worse.

Over the next several weeks, many more people began to get sick.  People disappeared who normally would be walking around the village.  Cries and moans of relatives and friends in nearby tents covered any conversation you could have in our encampment.  And most people, unless they were affected personally by the illnesses, chose to ignore what was happening.  Things needed to be done as they always had, and they continued to do those things. Society needed to survive.

I too, spent most of my time outside of our tent and even our village knowing that Ningal hovered close by.  I remember the day I chose to leave Uruk, my beautiful childhood home.  I walked through the village in a trance.  Pain and anguish thrived everywhere.  I weaved in and out of men, women, and children being taken care of by their loved ones, or sitting alone in  torment.  After a few weeks, I grew accustom to ignoring the sounds so it was easy to just walk through them.

I knew we were all in trouble when I walked past azu and saw him writhing in pain.  He called for me to come closer.  Since he was azu, I listened.

“Dear girl”, he said softly.  I could barely hear him.  He clearly couldn’t breathe, and his body was weak enough he could no longer move.  I kept my distance, not wanting the same affliction to be cast on me.  “Get out.”

“If you wanted me to get away from you, azu, then just shoo me away.” I told him with irritation in my voice.  He nodded his head as if I misunderstood him.

“Get out of this village.  You must leave.  This…” He coughed, tilting his head away from me for a long while.  “This will kill us all.  Get out.” Then he turned his head away from me and continued coughing.  I stood up and walked.  I couldn’t leave.  Azu must know my mother would never just leave her people.  Uruk was proud.  We loved our society and inventions, but more than that we love the people we live with – our families.

I shuffled to the edge of the village.  A large palm tree stood at the end of Uruk.  This tree was not like the other palms in our area.  It’s shadow hovered over much of the village in the morning time and it was not uncommon for our people to pray to it and worship it during times of feasting.  It’s trunk circled an area as wide as most tents in Uruk.  It symbolized our strength as a village, and as long as it stood, our people thrived.  That was the theory anyway.

I walked to the south side of the the palm, and leaned against the monstrous plant.  Many in our village believed it was a god, but I struggled with this thought.  To me, it was just a much larger version of the other trees that grew throughout our homes.  My back rested against the prickly stem, and my eyes gazed toward the south, where the great Euphrates River laid between us and who know what else.  Maybe it was the end of the earth?  I didn’t know.

I had once been northeast to Lagash with my father.  I was so excited to go with him and many of his men.  He needed materials to continue to build our tower, and he was also asking for help from their village.  The men in our village would finish the tower in twenty years, but if we had help from other Sumerians, my father thought it could be finished in less than ten.

I’m not sure why he let me go. Usually girls didn’t do anything with their fathers, but this time he asked me to ride along for the journey.  My mother was hesitant, thinking I would be a distraction or worse, be hurt on the trip.  My father laughed and told her that if he didn’t think I would be a distraction, why should she.  And as far as me getting hurt, he told her there’s as much of a chance of her getting hurt in our village as there is on this journey.  My mother relented, and I was so happy to go on this journey.

Lagash and its art was the most beautiful place I had ever seen.  I loved Uruk and its village, but Lagash was different.  It’s people were both beautiful and hard, artistic and warlike.  As for me, I was happy to leave and sad.

On the way home, we were attacked by a group of Akkadian raiders.  I didn’t do much by way of protecting my people, but my father put me under a blanket and asked me to pray to the gods, which I did.  The men of Uruk fought bravely and fended off the raiders.  My father prepared the men for such an attack, and in the end, his men were grateful for his foresight.

But I had never been south or west of the river, not did I know what was beyond it.  My heart pounded at the prospect of leaving Uruk.  I loved this place and would probably not last a day without my people.  I knew my mother would never leave.  Then I heard her voice and thought she was talking to me.

“We cannot leave this place.  This is our people.  These are our family members and friends.  This is our village.” She said boldly but quiet enough that she clearly didn’t want anyone to hear.  The conversation was being held on the other side of the massive palm.

“Then we will die here.  All of us.  All of our little village.  Including your daughter.” I heard Ningal respond back to my mother.  When I heard his voice, my spine tingled in a nervous way.

“We will not all die here,” my unrelenting mother responded.”  The gods will not allow it.  Our people will carry on.  My daughter will be okay.  We have survived this long.”

“Oh grow up Ningal.  You’ve always ran away from your problems.  Why don’t you stand up against this and fight? Fight with your people.”

“Fight against a sickness?”

“Yes.  Live your life, Ningal.  Live it proudly and boldly.  Live it in a way that honors the gods instead of always running away.”

“You mean the way your husband did?” Ningal spewed.

My mother did not respond.  I only assumed she was hurt by his words.  There was only silence for a long time.

“If you will not leave, then allow me to take my tent – since we don’t use it anymore – and head south with Sarai.  Will you let me do that?  So that I won’t be running away, but I’ll be saving your daughter?”

Silence.  Sarai prayed to the gods.  She started to sweat profusely, nervous what her mother’s answer might be.  Ningal continued to make his case.

“You can continue your duties here and become azu of Uruk.  We all know you can do it and even defeat this sickness.  When you do, send word to me, and I will return Sarai back here.  We will all have faithfully handled our duties.”

More silence.  My mother was pondering his request.  I wanted to jump out and scream at her, telling her all the things I think about her brother.  Certainly she must know what kind of person he is. But if I did that, he would say I was being irrational and I needed extra protection.  He would say my emotions would get the best of me in this sickness killing our village.

“Okay.  You will leave tomorrow.  But let me tell Sarai.  I don’t want her to think I’m kicking her out.  I’ll tell her over dinner tonight, and you will leave when the sun rises.”

“Excellent!  I will prepare for our journey immediately.  Thank you sister.” Ningal said.  For most people, he sounded happy.  I translated his tone as sinister.

“Just keep Sarai safe, and then I’ll be the one thanking you.”  I heard their embrace and they walked away.

I didn’t know what to do.  My only ally in life had just given me to someone who I knew wanted to hurt me, or at best use me.  Maybe she couldn’t see it, but I could.  I sat still for a while longer, and then I realized I must act.  I started walking south.  I didn’t want to run or panic.  I had no desire to give any warning signs to the people of my village that I was doing something wrong.  I walked past the large tower, tents, and houses and into the fields where the shepherds watched their sheep.  A few took notice I was walking, but none of them said anything.  The fact they saw me meant my time advantage was limited.

I started to get just as nervous being by myself as I was thinking about leaving.  But I had to keep moving.  Eventually I stood by the great river, pondering whether or not to continue my journey.  If I stayed, my uncle would take charge of me, and could do whatever he wanted with me, including marry me.  If I crossed the river –  I didn’t know how I would do that – I had no protection and was by myself in a unknown world.

I started crying and screaming at the gods.  Why was my life in shambles?  Why was this a choice I needed to make at the age of 13?  I shook uncontrollably as my emotions withered down.  Nothing, no god and no person, could save me from the choices I had to make.

I stepped down into the riverbank and into the warm water of the great river.  The first step is always the hardest.