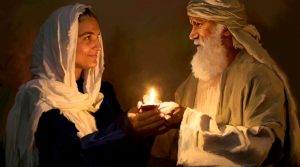 To read chapter 1 of the Babel Pandemic, click here.

To read chapter 2 of the Babel Pandemic, click here.

In some ways, the world is still new and will be for some time. But 80 years ago, it was even newer. The  first people of Shinar gathered together a few thousand years ago, but momentum builds the further we move into the new days.  Many of us have heard the stories of our ancestors like Etana of Kish or Gilgamesh, who “stabilized all the lands” and helped shape the culture of our people.

The gods – introduced to me by our family – lavished blessings on us, and the more blessings we received, the more excellent our culture became.  It was like we could do no wrong.  Barbarians invaded, and were beaten back with such force, they rarely repeated their invasions.  Our tribes became small towns, and our families drew up ways of written communication never seen before.

Dynasty after dynasty of leadership passed, and each generation blossomed into something more beautiful and more, I don’t know, civilized.  The world of anyone who grows old understands that an evolution of change rolls through as the various scenes of life progress, but watching the growth from the early days of my youth to now is nothing short of fantastic.

I remember waking up to the smells of cooked meat every morning.  The men of our family and village woke up early to hunt.  They always brought back huge amounts of venison and other animals and skinned the animal, saving the meat for the days meals.  I woke up to that smell.  Still do.  The first thing I heard is my parents hustling about the tent and the crackling of the fire as it shot up its flames underneath whatever meat we would be eating shortly.  Footsteps hustle around outside my tent too.

Little boys racing through the streets.  My friends waiting for me to come out and play. I loved to sleep in, and then waltz out of the tent as my friends awaited my entrance into the public streets so they could play with me.  At an early age, I knew I was beautiful, and my popularity and the constant stares from the men of our tribe did little to discourage this knowledge.

Men walked to hunt or fish for lunch, and women moved slowly together toward the Ziggurat of Uruk, gossiping along the way.  There they would pray to the gods, asking them to continue to bless their families, their tribes, and their land.  Making the gods happy had always been a priority for the people of my tribe. They kept blessing, and we kept praying for their continued happiness.  Sometimes we wondered if we were doing the right things, but eventually good things would happen, so the proof was in how the way life was going.

But what happens when my second father dies?  How have I, or my mother I guess, upset the gods and turned their wrath toward us?  Who else will I lose along the way?  What else can happen?  I probably  thought deeper than I should have at such a young age, but loss does that to you.  It offers up questions for which there are no answers, and this produces lament.  So while everyone walked around happy and obviously “making the gods happy”, a cloud moved in front of me.  I couldn’t see or feel anything. I had friends, but now they seemed to pull me to come with them instead of me leading the way.

I watched as progress happened, but couldn’t comprehend any of the momentum.  I was too lost in the moments of my life that left me weak and insecure to notice the world changing all around me.  The wheel, irrigation and written communication were all improvements pushing themselves in our new world.  And all I could think about was that no one would ever stay with me.  I would never experience real community.

One day as my friends and I walked to school, a young man on a wheeled cart pulled up to next to us.  He asked me playfully if I wanted a ride to school.  I politely turned down his Request and told him I desired to walk with my friends. Then my best friend Hannah, decided to take him up on his offer and jumped in the cart.  She laughed, wrapped her arm around his waist, and told him to move, which he obliged.

Hannah did not show up at school that day.  We told her parents about the young man and the wheeled cart.  When asked about the girl, he looked irritated he had to answer.  He told them she jumped out of the cart fairly early in their ride, for fear it would tumble her off.  Hannah disappeared, and most people believed her male suitor had everything to do with that fact.

Men ran this world, and could do whatever they wanted to do to any female they chose to do it to.  The rape of women and children ran rampant in Uruk, and most of the time, there was no way to hold these men accountable for their actions.  Men were the strong, and women housed the weaker vessel.  Therefore, men protected the women, but on the chances that men decided not to do that or allowed their baser selves to unleash, women suddenly disappeared and though there was mourning, tears were rarely followed by accountability.

This protection that men offered created a conundrum for women that lasts until now.  We needed protection, and we needed men to protect us, but if we were to be protected by the wrong man who ended up dying or decided to protect us from anyone but themselves, we might as well jump in our own tombs.

I often ponder the fact that Hannah’s fate could have been my own.  I could have said yes to the man driving the wheeled cart.  I could have wrapped my arm around his strong abdomen in a desperate attempt to get his attention.  I could have smiled at my friends, Hannah included, as if to say how lucky I was that his interest feigned my way.  And I could have driven off down the path, where that sadistic man would have had his way with me.  If I had, however, I would not be speaking with you today.  I would be buried in one of the shadier parts of the great river.

Don’t look so humble.  This was, and is in many cases, the way of the world in that day. Even you, coming here and telling my husband that I’m going to have a baby…at the age of  90.  It’s laughable.  But don’t you think I should have been involved in that conversation when you shared it?  No, you don’t.  Of course not.  You just told him like his old bones were going to be the ones hurting from 9 months of pregnancy.

Following Hannah’s disappearance, the cloud hovered over me like never before.  What once had been a happy and vibrant life now wreaked of a sulfurous sadness mired in loss.  All I wanted was someone to tell me everything would be okay, and of course that someone should have been my mother, but she dealt with her own pains and emotions her own way.

On my 13th birthday, my family gathered around for a celebration of thankfulness to the gods for allowing me to live.  Early that morning, I woke and smelled the cooked meats.  My mother told me 5 deer, 2 calves, and 30 fish roasted over an open fire for our family feast.  Roasted grains, eggs, fresh vegetables, honey, and pomegranates rounded out the meal.  As the time approached for our family to gather, I remember seeing a sliver of sun peaking through the clouds and descending on small part of Uruk I stood upon.  Perhaps this is a sign from the gods of things to come, I thought to myself that midday.  Perhaps  things are changing for me.

As the party started, the village chieftain gathered family and friends together and thanked the gods for my life.  At the end of his prayer, a horn blew and the celebration ensued.  The beer and goatskins of wine were rolled out.  Children played and ran around everywhere.  Adults headed for the tables to drink, eat, and talk about other villages and tribes that may have decided to descend about our villages.

The music started boldly.  Drums, lyres, harps, and reed flutes played some of our best tunes, and as was traditional in that day, I began to dance.  I didn’t care who watched.  I decided to just move and dance and be.  The last several months took their toll on me as a young person, and I needed to forget everything and just dance.  My head and my arms moved up and down.  I spun and jumped and twirled and whirled.  As I did, I felt a tear fall down toward my mouth, then another and another.  I was starting to let go of the exhaustion that my young body held deep inside of me.

My mother intuitively understood what was happening, and beckoned some of my family members to join me in dancing.  She jumped in as well.  Soon, scores of family members and friends danced and laughed, told stories and even fought over some village politic.  “The gods must have been happy”, my mother told me afterwards.  I agreed with her, as happiness peeked out of my tired soul once again.

I crawled into my tent that night ecstatic about life and my future and being a part of a great family and a great village.  I fell asleep and dreamed of my future.  I had a dream that night that I had a son.  My son grew to be a mighty hunter and powerful man.  Like most good dreams I’ve had in my life, it turned out to be a misleading, but that morning I woke up wearing a smile on my face.  I smelled the meat roasting over the fire, remnants of last night’s gathering.  And I felt like I wasn’t alone in the tent.

Usually by the time I woke up, my mother was out cooking already.  I don’t ever remember a time anyone was still asleep when I woke up.  I had no other brothers or sisters, so why had I started to hear snoring.  Then something moved, or someone.  I had placed a sharp speared wood piece next to my bed. I slowly reached out and grabbed it.  Was it an animal?  Then the head and body of a man popped up, wiping his face with his arms.

I screamed.  I heard several steps running toward the tent. My mother was the first to enter, and she headed straight for me, holding me in her arms and asking me if I was all right.  I pointed at the man.  She responded, “Don’t you recognize your own uncle?  It’s Ningal, my brother.  He stayed with us last night after the party.  And we have decided to have him stay with us until I get married again.  It’s okay.  There’s nothing to worry about.  Everything will be okay,” my mother said holding me tightly in her arms.

I looked astonished at Ningal.  He stared back with a smirk that told me everything definitely would not be all right.