We’re trying to put up temples, but does God want us to pitch a tent?

In the Old Testament story of Israel, Moses leads the Israelites out of Egypt, and they move toward the promised land.  On the way, God instructs them to pitch a tent when they stop, and eventually they move toward their goal.  Ironically when they arrived, they weren’t ready, so they pitched a tent for another 40 years.  Eventually they entered that land, and the family of Israel became the nation of Israel, and they built their temples and their palaces. 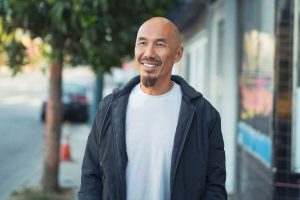 When the ministry of Jesus begins in the New Testament, we find his ministry, not one in an established place, but a nomadic endeavor where “he had no place to lay his head.”  When the disciples followed after their master in Acts, the sequel to the gospels, they followed suit and traveled preaching the gospel and teaching the commands of Jesus.

Paul makes it clear in Philippians that, as believers, we are not citizens of this earth, but are citizens of heaven, waiting for our king to return and take us with him.

There is a huge epidemic right now of pastors and ministry leaders who are falling and have fallen in ways that show us what we already know – they are human.  But we also know that as believers we are called to something more than giving in to our natural way of being.  Yet time and time again in recent days, we hear stories and many of us have mentors and friends who have fallen into some type of sin that has to do with pride, sex, or financial temptation.

Just thinking out loud here, but I wonder if this epidemic has anything to do with our incessant need to build our temples where God only wants us to pitch a tent?

In a world where traveling is easier than it has ever been, and ministry can happen in more exciting, imaginative ways than ever before, we are setting up shop and building our temples, and in the end, are we placing ourselves in sin’s way, not being moved by the spirit, but by the dictates of the cultural norms of safety and comfort?

We attend our conferences looking for advice on how to build systems and think of Francis Chan and his constant moving in the last several years as an anomaly.  There must be something wrong with him, we think to ourselves watching him move from a megachurch to Asia to San Francisco and to Asia again.  But what if there is something right with him?

We set our schedules and live out our lives systematically making sure that this week’s church growth is better than this week’s church growth last year, and God might be wondering why we haven’t moved on with the calling of His spirit to minister somewhere else.  Our phones, though, beep louder than His calling, and what grabs our attention is not that prompting, but the needs of those around us.

All of this is metaphorical of course.  The last time I tried to pitch a tent it took me a few hours, and was one of the most miserable experiences of my life.  But what if we are called to be like Christ insomuch that there is no place for us to lay our heads?  To pitch a tent instead of building our temples?