You were the best Brady! Including Marcia!

Good News for the rest of the NFL and for his many fans who knew this day was coming:

In a carefully worded instagram post, Brady shared his many thanks to the Bucs, the fans, the organization, coaches, and executives!  He thanked his family and his friends. He was in no uncertain terms, the best.  He was the GOAT.  I am a huge Pittsburgh Steelers fan and hated when he beat us, which was often.  So I’m thankful for this announcement.  It is good news and he is going out almost at the top of his game, which is incredible for a 44 year old man. 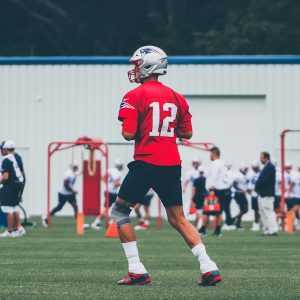 Thank you Tom Brady for your incredible work ethic, accomplishments, game knowledge, throwing accuracy, and everything else you brought to the table.

In a weird note, you forgot to thank the Patriots Organization and fans who rallied with you for 20 years, most of which cheered you on even when you were with the Buccaneers.  But let’s ignore that for today, because the good news is Tom Brady’s amazing football legacy.

And also that his competition doesn’t have to play against him anymore.