How to start a Home Church

The following is the introduction to my new book, “Back to Acts: How to start a home church”, released on May 1st.  If you’re interested in pre-ordering the Kindle version, click here.

For years people have been deconstructing their faith.  The truth is I am no different.  As a child, I grew tired of watching adults fight about whether or not women could wear pants or teenagers could listen to Christian music with drums, then attaching those rules to Scripture in some sort of epic false argument meant to control people.  So I read Scripture and surprisingly  read nothing about those things and began to ask what were the points that turned someone (specifically me) into a follower of Jesus. 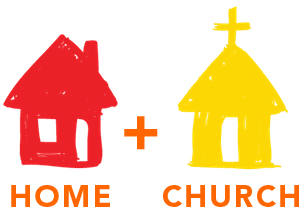 Over time I realized anything could be broken down into something unnecessary, but what was necessary to become a Christian?  What turned the alcoholic at the bar, the bully in the school, the addict on the streets, the shady, businessman, or the gossipy housewife into a fully devoted follower of Jesus?  Or what took the uptight Baptist, the liberal Episcopalian, the crazy Pentecostal, the rocking Reformed, and the traditional Catholic and made them all one?

These questions haunt me to this day.  In John 17, Jesus prayed that we would be one as he and the Father are one, and I see no evidence that his prayers are being answered in my lifetime or the foreseeable life of the church.

At the dawn of the 2010’s, Life.Church, a huge and generous technology savvy church brought thousands of churches together with their “One Prayer” series.  Pastors uploaded their “One prayer” message to a unity website, and each church participating downloaded four different messages from four different pastors.  It was an innovative series based on Jesus’ call for unity.

The problem was it didn’t build unity.  Here’s a secret you probably already know.  Organizations don’t want unity.  Organizations want whatever purpose they are organized around. They attempt to achieve that purpose by cultivating certain practices that allow them to build up units of measurement they decide is important to them.  For business organizations, that metric usually hinges around money.  For churches, it’s a hybrid measurement of people and money.  When people and money become a commodity or measurement the church uses to figure out whether or not they are successful, the power of God is replaced with the power of business practice.  There are ways to justify why this is necessary, but those ways always focus on the health of that particular organization.

The greater question all believers must face is how do we build unity at the church level and not just the individual level.  How does First Baptist Church and St. Francis Episcopalian Church integrate deep love into both their communication and praxis towards one another?

When we look into the early church in Acts and Paul’s epistles, we begin to get an answer to these questions, and it starts with the size of the groups.  Listen to this passage in Acts 2:

They devoted themselves to the apostles teaching and to fellowship, to the breaking of bread and to prayer.  Everyone was a filled with awe at the many wonders and signs performed by the apostles.  All the believers were together and had everything in common.  They sold property and possessions to give to anyone who has need.  Every day they continued to meet together in the temple courts.  They broke bread in their homes and ate together with glad and sincere hearts, praising God and enjoying the favor of all the people.  And the Lord added to their number daily those who were being saved.

This passage flows nicely and has been a rallying cry for churches in the modern age.  But look at what Peter preaches in verse 36 that stimulates this response:

“Therefore let all Israel be assured of this:  God has made this Jesus, whom you crucified, both Lord and Messiah.”  When the people heard this, they were cut to the heart and said to Peter and the other apostles, “Brothers, what shall we do?”  Peter replied, “Repent and be baptized, every one of you, in the name of Jesus Christ for the forgiveness of your sins.  And you will receive the gift of the Holy Spirit….”

It was clear the heartbeat of the church rested on Peter’s proposition that God made Jesus, who was crucified, Lord and Messiah.  N.T. Wright begins his book Simply Good News focusing on the historical drama of the great Roman civil war between Octavian vs Mark Antony and Cleopatra.  In the end, Octavian won the war, and afterwards sent heralds across the Roman Empire declaring Caesar (Octavian) as Lord.

Now here were the apostles in the great Roman Empire subversively declaring the greatness of their Lord, Jesus the Messiah who would forever change history.  Others had promised the same thing.  Simon Bar Kokhba and a few other zealots claimed the Messianic title as their own and many even died for their belief, but most had no following and their names have been all but eclipsed from human history.

The apostles, however, staunchly claimed Jesus as Lord and maintained this as the bedrock of their faith.  Throughout the last 2000 years, followers of Jesus repeat this mantra and it stands as the unifying cry of the body of Christ as a whole.  No matter the denomination or the people group or the style of Christianity, a church or group cannot call themselves Christian if they don’t profess that Jesus is their Lord.

The reason why this point is strong enough to introduce this book is that no church should be started or even maintained unless Jesus is Lord is believed and all ministries or programs launched from the church do so under this key principle.

There are a lot of good reasons to start a church, whether it be to see souls saved, bring people together to pray and fast, or be a light to your community.   No reason, however, is more important than the idea that a group of people believe with their whole heart that Jesus is Lord and they will give their lives to relay that belief like Peter did thousands of years before now.

This belief caused the people to devote themselves to the apostles teaching and to fellowship.  It caused them to sell their property and possessions and give to anyone who had need. It pushed them to meet in the temple courts and eat together every day with their fellow believers.

And this belief, when believed and surrendered to God, will cause the Holy Spirit to ignite the hearts of those in your home church and the supernatural can occur and God can do more through your home church than he has through any denomination, megachurch or movement that ever existed.

But first, remember this.