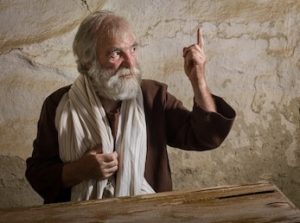 Name calling.  Poor arguments.  Rushing to judgment.  Only a few of the problems you’ll see on Twitter or many social media outlets if you peruse through the “newsfeed” right now.  As connected as the world is to one another through these venues, it’s never been more divided.  You have nationalists.  You have people calling out nationalists in the same way as a nationalist would call out their opponents.  You have people who don’t know what the hell is going on, but somehow they get called out because they didn’t call out the other guy they are “supposed” to call out.  Everyone wants to be a prophet all of a sudden.

I use the word “Prophet” today because it’s been thrown around by Christian friends on both sides of the political spectrum about as much as Tom Brady gets referred to as the “GOAT” in New England.  “I’m speaking out!”  “Someone has to call for justice!”  In my lifetime and in my world, the OT has never been more popular as they are today and believe me, that’s saying something.

But using the prophet metaphor rings a bit hollow to me right now as when I read the stories of the prophets, certainly they lived a very different lifestyle than the self professed prophets I read on Facetagram today.  In fact, when we look at the prophets from Scripture, we see that the prophet is not just a truth teller, but someone most of us would NOT want to be.  Here’s why:

Jeremiah served 40 years and no one – not one person – actually listened to him and changed.  The first 39 chapters of Isaiah, if they are anything like the prophet himself, prove that he was a real piece of work.  Nathan walked right up to a king who could have easily had him killed and called him an adulterer and a murderer.  These things were true, but no one knew it.

In a world of social media, speaking the truth can be easy.  Just ask anyone who’s talking.  Yet in the world of the prophets who are spoken of so frequently in today’s divisive setting, being one of those peeps was about as enviable as being Bill Buckner at the Cheers bar in November of 1986.

To a prophet, what is popular is inconsequential to the conversation.  What is the right thing?  That is the question.  And the problem with our “teams” of sorts in the US is that the right thing travels in and out of the “issue” talking points of the parties.  If you want to be a prophet, feel feel to boldly talk at both parties for devaluing human life, treating people like they are objects, and walking away from the God who created them.

2.  They were frequently the subject of their own object lesson

Being a prophet can be hard.  Honestly, it’s not for me.  I like people to like me too much.  But the other thing I like is to not put myself in situations where I come out uncomfortable.  Not the prophets though.  Their masochistic ways showed generations of people how to follow after God, and most people’s response was, “No thanks.”

Jonah found himself in a storm. He knew the answer was to be thrown overboard, and 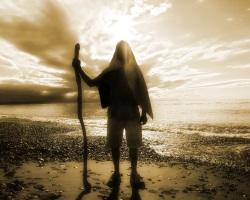 when that happened, he was ingested by a great fish, followed by being puked up by said fish.  Hosea married a prostitute who would not or could not, ever love him, as an example to Israel of how they had walked away from Yahweh.  Daniel was punished for praying to someone other than a king by being thrown in a den of lions.

From my computer in my cool office on a hot day, I write these words that will eventually be broadcast on the Holman Report.  Many of you will read this from your phone on a comfortable chair while sipping a refreshing beverage.  You may respond via Facebook or Twitter or the comment section.  But no one will be putting themselves in harms way as a result of God’s instructions to them.

3.  They were not just truth tellers, they were specifically speaking for Yahweh.

I don’t mean to make anyone feel bad for “not being a prophet”, but having heard the term used flippantly in the last few years, I thought I would acknowledge the intensity of what being a prophet requires.  And the last point I’d like to make about the prophetic is that prophets were not just all amped up on justice, but they were called by God to usher people back to Him, where justice was the name of the game.  There is a popular passage in Micah that reads, “He has shown you, O mortal, what is good.  And what does the Lord require of you?  To act justly and to love mercy and to walk humbly with your God.”  It’s beautiful, nice to hear, and a call for us to be good, justice loving citizens.  But in the end, it always comes back to why we do justly.

Micah, who was so unpopular, other prophets believed him to be a fake, finished his writing by reminding the people of this truth about God:

“Who is a God like you, who pardons sin and forgives the transgression of the remnant of his inheritance?  You do not stay angry forever but delight to show mercy.  You will have compassion on us; you will tread our sins underfoot and hurl all our iniquities into the depths of the sea.”

Should you be one who invokes the moral high ground of the prophets, please understand the cost that comes with that invocation.  Writing a blog post or a snappy meme about justice doesn’t make you a prophet.  It makes you in line with what everyone else (or at least a significant portion of your friends) thinks.  But when God calls you to sacrifice yourself in some inexplicable and demeaning way that will cause everyone to think you’re a quack – but may on the other hand over a period of time change someone’s mind – then you’re probably on the right track.

Enjoy your bottled water and the IPhone XS, and have a great day!