What I expect of Joshua Harris 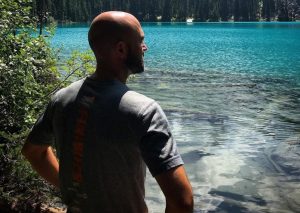 In the last few weeks, the name Joshua Harris picked up again on the interwebs.  If you’ve never heard of him, that’s ok.  I’ll attempt to catch you up quickly.  At the age of 23, Harris wrote a book called “I kissed dating goodbye”.  In the book he challenged young coeds to abandon the traditional forms of dating and courtship, and stay away from physical forms of dating pleasure before marriage.

Later he wrote a series of follow up books, each one loosening the intensity of the earlier, more popular book.  Eventually he became pastor of Covenant Life Church, a Calvinist Charismatic church and the founding institution of a denomination like group of churches called Sovereign Grace Ministries.

In January 2015, Harris resigned from that church because he wanted to broaden his views of Christianity and said  “the isolation of Covenant Life, and of a small cluster of churches of which it was a part, may have fed leadership mistakes, including the decision of pastors — himself among them — to handle a child sexual abuse case internally instead of going to police.”

Now I want to stop there and insert something before I go into why he resurfaced in the news.  Harris grew up in an environment that was very sheltered and focused on “pure living”.  Along with his six siblings, his parents homeschooled them and trained them in a certain way.  He wrote a best seller at the age of 23, and was groomed by a well known, talented pastor to be his successor.

The reason why that is important?  Expectations.  The expectations on him both by those around him and by himself must have been huge.  Trust me, I know all about this.

The pastorate rains like cats and dogs in my family.  Both of my grandfathers, my dad, uncles, and many of my cousins all pastor (or did pastor before they retired) or are on staff at churches.  Growing up in that kind of environment can be a little intense.  Especially with the internet now, you can’t get away from those who place expectations not only on how you live, but also what you believe.  On top of that the self expectations you have to not disappoint those around you whom you love dearly.

Thankfully my family has always been gracious concerning how we live our lives, which may be the reason why so many of us are in the ministry, but there’s always pressure from those outside of the family too.  Pastor’s kids are expected to tow some line, or else be relegated to the stereotypical “black sheep” status often joked about in Christian conversation.

The thing about expectation is it is often not rooted in love, but in pride.  I expect you to live a certain way or believe a certain thing or walk a particular road, not because I love you and it’s best for you, but because of the pride I have in my own heart that would be embarrassed if you took a certain path.  After all, I influenced you and trained you to be a particular person, right?

Back to Joshua Harris.  In 2018, he recanted his teachings in the book.  A few weeks ago, he had back to back instagram posts announcing a separation between him and his wife, and another  saying “by all the measurements I have for defining a Christian, I am not a Christian.”

So here’s my question:  What happens to your insides when someone takes a different path than you expected them to take?  I don’t mean addiction or unhealthy foolish living.  I mean a different lifestyle, spiritual practice, or point of view than you considered them having before.  What expectations have you placed on them that when they meander away from those passageways, you quiver at the thought that they are headed in the wrong direction?

I’m sure Joshua Harris’ life and lifestyle has changed greatly in the last several years since he first wrote the book that made him a household name in the evangelical world.  But the truth is, it doesn’t matter.  What he does and doesn’t do with his life is of little consequence to me, as I only know him through a book he wrote.  What does matter is my own heart, and the sinful way it reacts when people don’t do what I want them to do.  I can pray for him.  I can even reach out and offer encouragement.  But when the Pharisee in me comes out and I want to share with him how he walked away from my expectations, then I have betrayed my own spirituality.

If we’re going to follow Christ, let us be like him.  Let us first encounter our own heart and soul and mind and ensure that we love God in all of those ways.  Then instead of placing prideful expectations on others, let us do what he said was the second greatest commandment, and that is love them.  I assume he meant unconditionally.

And love is something very different than expectations.