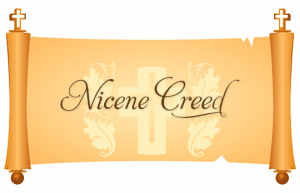 If God was creating man, how do you think He would create him?  In James, the apostle says that every good gift comes from God.  So when God created man, he created him in his own image, which as we know about God, is good.  So Adam was created and shortly thereafter, so was Eve.  They were good. They walked with God.  They took care of the rest of His creation. And then, if you haven’t heard the story in Genesis 3, they succumbed to the temptation of “the Satan”.  From then on, man did what man wanted to do, with a little bit of good, but with much of a desire to do and have whatever he or she wanted to do or have, no matter at whose expense he or she achieved that goal.

How much of the story of the fall of man is literal and how much of that story is a metaphor of the fall of man is outside of the scope of our conversation today.  But the Old Testament then relays the relationship between God’s chosen people, from Abraham, and God himself.  It’s a back and forth relationship best described in the book of Hosea.  God loves his people and they love him back…for a while.  Then they go and do their own thing.

So God does what God does.  He sends…himself to earth as a prototype of how to live in this fallen world.  His creation at this point has no clue how to live in a way that is good.  They are selfish and focused on themselves and a few other things like power and control.  So God himself sets the example.  This introduces Jesus to the story.  Or as Paul later calls him, “The second Adam.”

A king born in a manger.  You know the story.  But considering that at the point the story was written there was nothing like it, it is an astonishing tale.  Kings were all about power and riches and big armies.  Even the nation of Israel, a thousand years before Jesus, complained to the prophet Samuel that “they wanted a king, like other nations.”  Power, riches, Big armies.

I’ll skip the story of Jesus here on this earth for now, but where did he come from?  And why  did the disciples call Him son of God?

Paul says in Colossians 1:  “Christ is the visible image of the invisible God. He existed before anything was created and is supreme over all creation, for through him God created everything in the heavenly realms and on earth. He made the things we can see and the things we can’t see— such as thrones, kingdoms, rulers, and authorities in the unseen world. Everything was created through him and for him. He existed before anything else, and he holds all creation together.”

So Paul is saying poetically that Jesus is God.  He didn’t come from anywhere.  He created all things.  Everything comes from him.  He is over all things.  So because of the love of God, God sent his very nature down to earth as a living being.  The term “Son” can mean “possessing the nature of” and in that way, Jesus is the son of God.

Now when Jesus referred to himself as the Son of God, this is one of the things that got him in trouble with the spiritual leaders of Israel in that day.  They understood that he wasn’t just calling himself a child of God like you and I do, but he was saying something very specific about his relationship with God or his own nature.  They watched him minister to people and show love to everyone.  He was instigating a new way to be human by metaphorically stomping on the built up systems of that day, and saying, “Everyone can come to God.  God loves every one of you.”  And they hated him for it.  They killed him for it.  They killed him for his love.

In world history, there are a ton of examples of good kings and bad dictators.  The difference seems to be in the way the leaders rule their people.  In the expectations the rulers have on their subjects.  Of course when it comes to the way we worship and submit ourselves to Jesus, its done differently.

We have the Bible, and like I mentioned last week, we know and learn about God through that medium.  However, how we translate the Bible from its pages to our hearts can be where things get distorted.  If we’re not careful, someone like me comes along, a pastor, and translates Scripture very harshly or very loosely and those who follow after Jesus end up having a distorted view of how we are to follow him.

Let’s start with the obvious one – legalism.

If we look at the Bible as a rule book, and we force ourselves and those around us to

follow after Jesus in a way that berates or belittles us as humans, we choose to view Jesus like any other ruler.  A “survival of the fittest” powerful dictator who conquers everything on earth and destroys those who get in his way and disagrees with his leadership.  Ive had a boss like that before, and it is simply not fun or loving to follow such a person, much less a deity.

But if we look at the Bible as a collection of happy thoughts, and view Jesus as a “cool dude”, we do his status as God, as Lord, a disservice.  We choose to believe in a way, without really saying it of course, that we are the gods and the things that WE say and do are the only things that matter.  Of course this leads, not to love, but to intense greed, selfishness, and once again, to a lust for power and control.

How do we follow the visible image of the invisible God then?

We do so not as beaten down subjects or as entitled viscounts, but as humble servants serving our world for His glory.

In Phil. 2, Paul talks about this when he says, “Don’t be selfish; don’t try to impress others. Be humble, thinking of others as better than yourselves. Don’t look out only for your own interests, but take an interest in others, too. You must have the same attitude that Christ Jesus had. Though he was God, he did not think of equality with God as something to cling to. Instead, he gave up his divine privileges; he took the humble position of a slave and was born as a human being. When he appeared in human form, he humbled himself in obedience to God and died a criminal’s death on a cross.”

I wonder if God loved his rights.  I wonder if Jesus loved the power he had to destroy anyone he wanted.  His enemies.  Those who hated him.  Those who wanted him dead.  yet he gave up his rights and died, taking a humble position of a slave and was born as a human being.

You have rights too.  You have privileges by virtue of the fact that you may have been born in America and maybe you were born into some sort of decent neighborhood.  Maybe you have a decent job and a nice car.  Perhaps your family doesn’t have to beg for money or clothes.  You can say what you want to whomever you want whenever you want.

Okay perhaps you can’t on Facebook or Tweeter or Instachat, but generally speaking, you can say whatever you want!

In early 2019, I lost a job I had for a long time. My family and I went to Spain for a month and then we came home and we both took our time looking for other jobs.  We had time. WE had a home.  We spent time with one another.  I wrote a book that didn’t make me much money.  It was like a slightly stressful 8 month vacation.  I’m privileged.  I have rights.

We are never, as American Christians to look at our rights and to worship them.  we are to look at the things we have as a gift from God, and we are to sacrifice ourselves for others.

“Why in the world would I do that?” You might say.  And the only answer is because with your whole heart, you “believe in one Lord Jesus Christ,

the Only Begotten Son of God,

born of the Father before all ages.

God from God, Light from Light,

begotten, not made, consubstantial with the Father;

through him all things were made.

For us men and for our salvation

he came down from heaven,

and by the Holy Spirit was incarnate of the Virgin Mary,

One more thing:  In order for you to truly submit to Jesus, you must follow after His word.  Not necessarily to someone’s interpretation of it.  Literalism, after all, is a low form of communication.  But you must believe, that as you read Scripture, and decide to submit yourself to it, the Holy Spirit will lead you towards how to submit and how to follow after this Jesus, King of Kings and Lord of Lords, the good shepherd and the bread of life.  The door and the vine and the potter.  You must stop doing things your way and surrender your heart.  Please.  Decide to follow after Jesus, the Only begotten Son of God.