Stories from the Q: Joey B 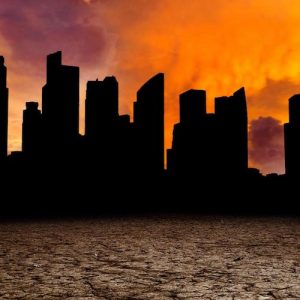 The Q Began last March, and though I can’t be sure, I believe that was a year and two months ago.  I have no proof right now, but it’s been warm here in downtown Worcester, Massachusetts for over a week now, and that just doesn’t happen unless it’s May.  Its crazy how one day I can be teaching Math to a bunch 7th grade middle school students at Forest Grove, and the next I’m asked to go home and stay there by my bosses, the media, politicians, doctors, and a bunch of stay at home moms turned infectious disease experts on social media.  So I went home, and for the next three weeks, played X-box with my college friends from around the country.

My name is Joey B. I’m going to use that alias for now.  There was a day you could type anything you wanted on the internet, but that day is not today.  I only have a few minutes left before they find this computer working, so I’ll do what I often do, and share my story on the random working computers I accidentally find.  Maybe someone happens upon this message who will understand my plight and hope.  Hope that one day all will go back to normal, whatever that may be.

I’m short with blonde hair and I think average looking.  Before the Q I dated an average amount and spent an average amount of time by myself.  Not as much time as I do now, but things have changed.  It took a while.  At first, things were dark but manageable.  I remember this one actor even posted several videos of himself anchoring a fake news broadcast he called the SGN (some good news) network.  It was cute and all, however, the underlying mood Of the world was not one of hope, but rather mistrust.

First, toilet paper and cleaning wipes disappeared from the store aisles.  People began to fight in lines and crowd one another.  I remember watching some video of a shopper spitting towards someone else, and a huge burly bald guy who looked like Mr. Clean (an old cleaning product character) came across the lens of the camera and planted his forearm into the spitting man’s chin.  I laughed, until that kind of thing became commonplace.  Over time, every time I went out, a fight would break out in the stores.  Everyone else would gasp in horror, then pull out their phones to make sure their videos went viral.  People began shutting others out of their lives.  I mean everyone who did not live in their house.  That’s how I found myself alone.  I lived by myself and by the time I asked my family members if I could come live with them, they told me it wasn’t best for their household at the moment, and I was a big boy.  I could handle it on my own for a short while.  This isolation crept deeper and deeper, until 6 ft of social distancing became 20 ft, and 20 became “stay the hell away from me.”

Last summer burned hotter than most, and while people used to blame the human race and their factories for global warming, we all realized something else was happening.  The heat apparently affected people with children, because I started hearing screaming children and yelling parents all the time.  The sound of cracking belts or slapped skin became normal.  I called the police several times, but they usually answered with snarky comments about having better things to do than babysitting.  I’m not an athlete by any stretch of the imagination, but one day in the summer, I advertised on the internet about a soccer camp I was going to host at a local park.  I hoped kids would come and I could talk to them and make sure they were safe.  No one showed up.  Except the police.  Apparently they did have time to babysit and then sent me home, telling me not to cause confusion.  The Q was in motion.

The Counting Crows must have been prophets because August changed everything when the internet went down.  It occasionally pops back up when they need it for some large scale tactical raid in an area, and that’s when I find a computer and get to work.  But the loss of internet wars bad.  It’s amazing what happens when society loses a method of communication that has infiltrated itself.  People didn’t know how to act, so they acted out.  Fully grown adults and teenagers rioted, and all talk of “stay away from me” turned into “you wanna fight?”  Glass windows smashing became as normal as the church bells that go off every hour in nearby towns like Holden or Boylston.  The fighting moved from indoors to outdoors and no one seemed to care.  Gang wars reemerged not only in my neighborhood but in the surrounding  Worcester suburbs.  It became dangerous to go to the stores, but eating is not an option if you want to live.

In November, food became harder to get.  I tried to make a Thanksgiving dinner, but most of the traditional foods were not on sale.  I used to love the holidays, but sitting in my apartment alone listening to the sound of domestic abuse and eating fried chicken and macaroni and cheese was certainly not going to be a Hallmark Christmas movie,  As if that were a thing any longer.  Without the internet, cord cutters didn’t have anything to watch, and the government began taking control of major networks.  Every store started broadcasting the World News Network, and though food was scarce, we all had a steady diet of propaganda to chew on.

If summer was hot, the winter decided to take its turn in equally violent ways.  Thankfully I took the liberty in October of collecting blankets people didn’t want, and needed them as the oil company came when they wanted to, or when they could.  When I called them they didn’t answer, nor did my landlord.  It was like everyone was frozen, and no one knew how to live anymore.  Or they never did, having abandoned the world of choice for systems years before the Q happened. I learned my lesson.

Now only a year and (maybe) two months after the Q began, I am not allowed to go outside of my home.  No one is.  You have two hours a week you are allowed to go out and that is based on where you live.  I learned about this from the troops.  I don’t watch or listen to WNN so I never heard.  The troops told me I needed to stay inside except for my “two hours” and if I didn’t there would be consequences.  Those troops walk the streets looking for those who ignore the rules.  I have mostly learned to avoid them and find resources I need.  But I haven’t learned how to be alone so much.  I think I’m going crazy.  The conversations I’m having with myself have become longer and the things I think I know have become shorter.  I need conversation.  So today I’m out at an old coffee shop near the college of the Holy Cross that used to be called Acoustic Java.  Now it’s filled with broken glass and beat up copies of authors like Virginia Wolff and John Steinbeck.  If I focus hard enough, I can smell the remnants of the coffee beans that were ground here only a few short months ago.  I found a computer here, and my friend Xavier told me about a group of people who meet up and talk about how to cope and survive in this new normal.  Of course, they are not supposed to be meeting, just like I am not supposed to be out, but desperate times and desperate measures, ya know?

If you’re interested in reading my novel, “Flat Earth” that is out now, please do so on Amazon or on Apple Books.  Print versions coming out soon.