You Are Here: Home → 2020 → March → 3 reasons the Tampa megapastor should have been arrested

3 reasons the Tampa megapastor should have been arrested 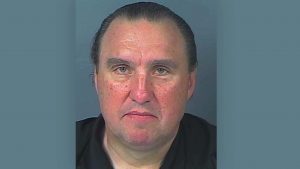 Pastor Rodney Howard-Browne is a name we’ll hear a lot of over the next few days.  His revivalist megachurch in Tampa, Florida chose to have church on Sunday and apparently it was packed.  He claimed it was the safest place around and they would never close because “We are revivalists and not pansies.”  The crowd cheered.  I couldn’t believe it when I saw pictures of their church opened, and then was shocked again when a group text of mine (mostly pastors) posted an article sharing that Howard-Browne had been arrested.  My friends and I talked for a bit about whether he should have been, with good arguments on both sides.  However, I thought I’d share three reasons why I believe he should have arrested A misdemeanor for unlawful assembly and violation of public health emergency order.

First of all, their claims of 6 feet distance appear patently false.
“Not only did the church comply with the administrative order regarding six-foot distancing, it went above and beyond any other business to ensure the health and safety of the people,” insisted Liberty Counsel founder and chairman Mat Staver.  But if you look at pictures and video in the room at the time, that it not a true statement.  People were sitting very close to one another and actually they had a greeting time during the service.  I couldn’t believe it when I saw it.  I’m not sure if they have seen the stats on how fast this thing spreads, but it is see no value in science.  That in and of itself wins a “stupid” award and is not a reason to be arrested, but putting hundreds of thousands of people in danger is.

”Emergency orders are constitutional and valid”
State Attorney General Andrew Warren rightly made this statement in a press conference.  The church is not being persecuted.  In fact (and this is a bit of a high horse I might get on), the church is many times completely obsessed with saying they are constantly persecuted.  I have news for Pastor Howard-Browne:  Everything is locked down.  This is not a church thing.  This is an everything thing.  There is no basketball.  There is no poker games.  There is no play groups or book clubs.  The president (no doubt one Pastor Howard-Browne loves, though that is an assumption) has warned about this virus.  The CDC has warned about this virus.  NYC is basically a war zone at this point.  No one is going after this guy or his church.  However, if he continues to meet right now, they should.

They didn’t take care of the least of these
This is not a reason a reason to be arrested, but it is a reason why no churches should support this guy.  Here’s the deal, if he were feeding the poor and then he got arrested, I think that would be one thing.  Someone needs to take care of the down and the hurting.  Someone has to be a doctor to those who have no food or children whose parents are neglecting them, but this guy is defying the government and bringing a group of hundreds of people together because he wants to meet.  That is all.  It might not be as bad as they say.  No one in the room might be sick, but there’s no way he knows that.  He put people at risk – and not just young, healthy people – all kinds of people at risk, so that he could stand there in his 3 piece suit and call everyone who obeyed the governments orders “pansies”.

This is not a religious freedom situation.  This is a church that callously neglected the health of those around them, and possibly exponentially grew the Covid-19 virus in the Tampa area and in Florida.  He doesn’t need your support, Christian.  He needs you to call him out.

But that’s just my take.  What’s yours?