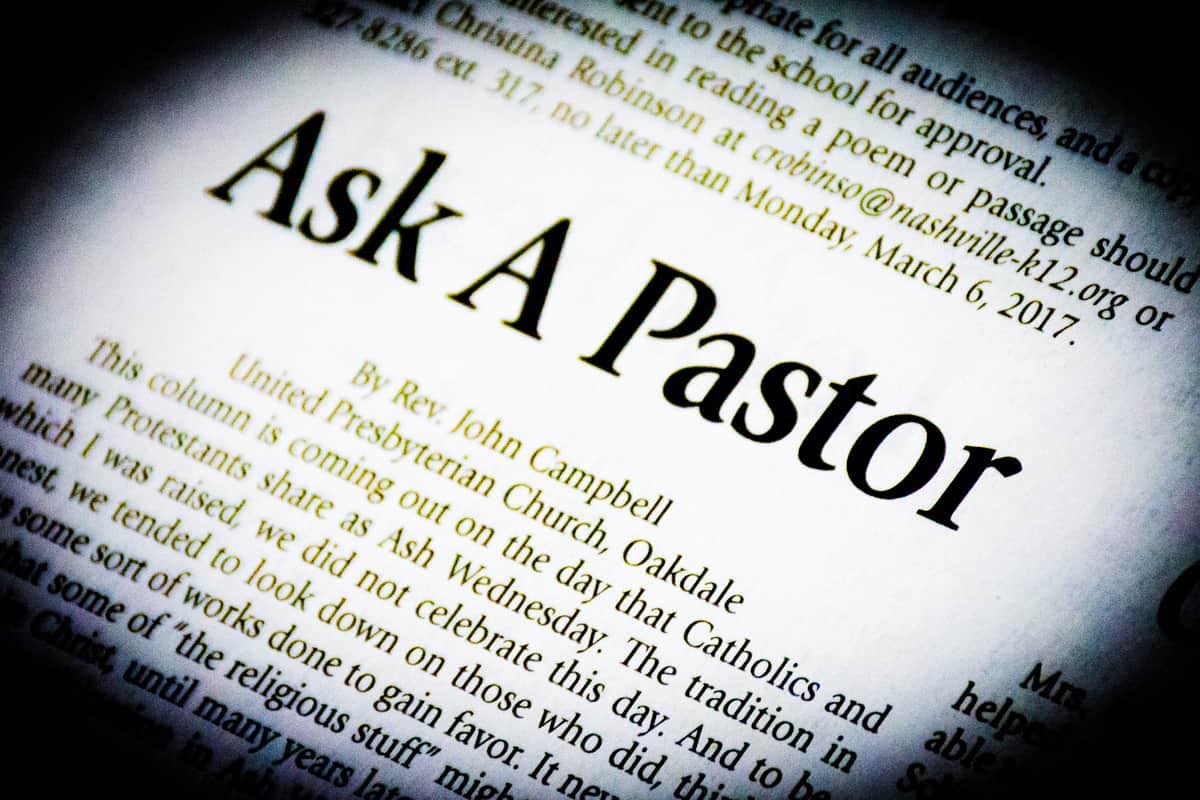 Mondays are for answering questions! I asked some people if they had any questions they would ask their pastor if they could, even if it was rough. Every Monday I’ll answer those questions! Feel free to message me with your questions. Here’s todays from Sandi:

Have you ever been so angry with someone that you actually seriously thought about clocking them into next week? – Sandi

Let’s start by getting the implied question out of the way. I have never actually clocked someone into next week. Now that we’ve worked through that, there have been a few times I seriously considered becoming a pugilist and using that skill to award someone a serious tan close to one of their eyes. Like many intense moments in the last decade, one of those considerations happened online.

In the fall of 2015, I sat in a meeting with a group of guys in New Hampshire when I received a phone call from my wife. Unfortunately I couldn’t answer as I was thick in the middle of a conversation, but when she called back a few minutes later, I realized I needed a break. The next natural pause in the meeting occurred, and I excused myself and made a call home.

When I called her, she sounded intense when she asked me if I had been on Facebook. I said no, and she told me a conversation that was taking place about me and the church where I worked. I quickly jumped on my phone’s FB app, and witnessed the beginning of what would become an all day mob attack. “So this is how it starts?” I joked to myself. My wife asked me if I was going to do anything, and I said no, because at this point it felt like I would just be defending myself against something that I didn’t really do, which would make me look guilty. I told her if she wanted to share something she could, but to be careful.

Let me back up a bit and give you some history of what happened, as best as I know. The drama stemmed from two guys who I had known for years, both of whom had attended church with me in the past, but at the moment I hadn’t seen either of them for a while. We’ll call person A, John, and person B, Joe. I’ve changed the names because I understand that people change and my response is not to tattle on these guys, but to answer the question in a way that we can learn and grow.

I met both of them years earlier when John was a 30 something and Joe was a young child. Over the years, my relationship with each had developed significantly. I spent more time with John, as we were closer to the same age, but he struggled with addiction and would routinely disappear from my life. There was almost a decade of space where I didn’t see Joe either, though he stepped back into my life somewhere around his senior year in high school.

Sometime in 2015 I believe, Joe came out. This didn’t exactly make an uproar in our community, nor was it a shock. My relationship with him really didn’t change, though I hadn’t seen him in a while. I still liked his posts on facebook and had an occasional conversation with him when he would stop by.

John must have felt differently though, or at least he did when inebriated, because for whatever reason, John and Joe waltzed into a text conversation, and apparently John made a horrific comment via text message to Joe focusing on his decision to come out. Joe decided to post the comment on Facebook, and the beginning of the post saw a ton of people destroy John with their big bad Facebook words. Somewhere along the way, my connection with the guys was discussed and someone asked whether or not I was going to denounce John’s hate filled words, and all of a sudden, around the time my wife called me, the mob decided to turn its venom toward me.

After Carie called me and I looked at FB, I immediately called Joe to see how he was. I too had been the victim of John’s “drunk texts” and I knew I needed to get the whole story from him. He didn’t answer, so I called John. He answered, and I shared with him how I felt about his text, and demanded that he apologize to Joe, both by a phone call and on FB. I don’t know if he ever called him, but I do know he wrote a post apologizing to Joe. Unfortunately John wasn’t very good at FB and instead of getting on the FB mob post, he did it on his own timeline, and very few people saw it.

Meanwhile, Joe’s FB post picked up steam as his best friend, who was already ticked at me about another topic altogether asked the mob whether or not I agreed with what John did based on my silence. Keep in mind, this is within the first hour and a half that Joe originally posted, and before I had even seen the post.

So by the time my amazing wife called and I saw the post, it had already blossomed into a “blame the church and the pastors and anyone we could think of, but especially Marty” kind of post. And throughout the day, “friends” from years past who apparently had problems with me joined in the fun, not with harsh criticisms but passive aggressive agreement posts or likes to what was already said.

As for me, I was furious and had to shut off the drama. I unfriended John, Joe, Joe’s best friend, and a few other people and went along with my day knowing that there was a mob attack out there telling me how to live my life and how to respond to others.

The thing I found interesting was that Joe knew that John struggled with addiction, and my guess is he knew that addiction played a part in Joe’s text, but despite that, he chose to malign John, play a victim (which admittedly it was a very unkind and offensive text), and send the mob posse on to John and me and my church. Ironically, the last person who stuck up for me during the mob posse happened to be a lesbian who told them they were crazy and had it all wrong.

I share this story because in the midst of it, I was livid. I wanted to respond and tell them they were idiots who knew nothing about life or love or hurt or pain. I wanted to call them self righteous “A holes” who were basically the “new Pharisees” of our culture, believing they knew everything, they painted those who disagreed with them as uncaring dissidents. I wanted to tell them that John struggled with addiction, and they were now ganging up on someone who struggled to live a normal life and have normal healthy relationships because of the control that addiction had on him. I wanted to scream at Joe for knowing all that, yet using the text as a platform to make himself feel good to have others support, and his friends using the situation as a way to get back at me for a perceived offense I previously shelled out to them.

But I did none of that. I was not going to take that battle, that happened almost 4 years ago, to social media. Everyone was too emotional, and when someone is in front of a computer with pent up emotion that cannot wait to get out, it is unlikely that they can control that emotion to make a rational argument. Instead they just want to be right, and worse, they just want someone else to be wrong. When the situation gets too far out of hand, they even take it a step further and want that wrong person to be injured in some way emotionally or otherwise.

Social media can be painful and we can all learn lessons of tolerance and humility the longer we use it. I would challenge you however, especially when you’re “in the wilderness” to use it sparingly, shut it off when it makes you hyper emotional in any way, and never ever respond out of anger. Chances are your response will not be well thought out enough to allow you to remain level-headed.

And if we don’t remain level headed, the alternative will be to clock them in to next week, and that’s not good for anybody!
#socialmedia #facebook #twitter #love #askapastor