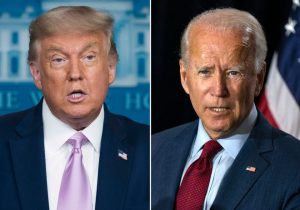 In 1979, the Moral Majority and several other like minded groups were founded  in response to what they believed was the degradation of the moral fibers of America as a Christian nation.  They hated that prayer had been taken out of public schools, abortion was now allowed, and the components of the traditional family were being overthrown.  They fought hard for “morality” as they had known it, and of course helped Ronald Reagan cruise through two presidential victories and eight (12 if you count Bush Sr.’s term) years of Republican values, which they assumed were synonymous with moral values.

I was young in the 80’s – like really young and sheltered.  But from an outside perspective, I don’t remember the 80’s being more moral or outwardly “character-filled” than any other time period in the last 45 years of my life.  Especially in the areas of entertainment or art, morality was not something prioritized in these methods of communications.

By the early 90’s the love affair between the moral majority/evangelical Christians and Republicanism was at its very high peak.  In a very short few years, the GOP’s covenant with America would be created by Newt Gingrich and friends, and the crew was going after abortion too. I remember being told the unspeakable horrors that would happen if Clinton became president, and I even remember being scared when that happened.  The world was collapsing.  Everyone would hate Christians.  We would all be stoned…

Of course none of that happened.  We had eight years of Clinton, complete with improprieties and such, and eight years of Bush Jr, with terror, wars, and lies.  Throughout those eras there were different phrases of life, some moral and some not, but generally speaking, the technology advanced in such a way as to allow us to build up more comfort and a strong belief that we can do anything.

Around the end of the Bush Jr.era, I was in my 20’s, and began to notice that everything about the Republican Party wasn’t exactly moral.  Sure they were still against abortion and typically liked to throw out terms like God and church to feed their fan base, but there seemed to be ulterior motives as to why they did some of the things they did.  Most of those things predicated themselves around money and power.  I began to understand that abortion was an excellent way to handcuff the evangelical masses to the Conservative party.  Hundreds of thousands of people will now vote for you simply because of one issue no matter what happens with other policies of importance.

Before I move into a slightly different perspective, I have a question I’d like you to think about:  Why is a party conservative and why is a party progressive?  Don’t kid yourself into believing that one likes tradition and one likes progress.  The truth is a Conservative party likes to remain in power to keep its way of life, and a progressive party needs to change things to become in power.  This will usually be true in a two party system.  This is why Republicans can say they were the party that abolished slavery.  Because they were the progressive party at the time.  Then Lyndon B Johnson signed the Civil Rights Act of 1964 and by then, Republicans were more affiliated with conservatism or keeping things as they are.  Johnson said when he signed the act that he “delivered the south the Republican Party for a long time to come”.  He could say that because he was messing with how things were, and  by the 60’s, “how things were” was dominated by Republicans.

In 2008, I voted for a Democrat for the first time ever.  I was/am proud to say I voted for the first black President in American history.  I no longer considered myself a Republican, because I felt like Republicans and evangelicals went to bed together and out came this weird “greed loving, white adoring hippy baby” that cared nothing for the likes of Jesus Kingdom.  Sure they talked more about Jesus, but so do demons.

In recent days, I’ve called myself an independent, and voted for whoever most identifies with the values I want to be associated with, and that makes me happy and allows me to live out my faith through my voting. I no longer identify with Jerry Falwell or Newt Gingrich or anyone else who believes America should be some type of theocracy.  That’s not what America ever was, and if it was, it didn’t do it well.  Well, maybe for those in power.  The love of money and power rarely work in a theocracy.  To help any Christians reading this understand, David pulled off a theocracy well because he went after God (most of the time), Solomon went after money and power (after a brief time going after God).  In our day and age, however, I don’t trust any American to do that right, so I’m okay with moving away from attempting the whole ‘God is in charge of us’ thing as a government.

Since 2016, Donald J. Trump has been our president.  I did not vote for President Trump.  In terms of fighting for conservatives, and even for unborn babies, I think he’s done a decent job.  But he’s an a-hole.  No really, if you are conservative and take offense to that, you are probably some sort of brainwashed at this point.  I can’t even watch political debates he’s such an idiot.  He has no respect, and he treats others horribly.  This is easily documented and there’s enough video that openly shows his disdain for anyone who disagrees with him.  He commands loyalty before any other character trait, which is at best narcissism, and at worst, the mark of a future dictator. (Calm down, I said future.)

So I get why the political left doesn’t like him, but now and over the last several years, something has crept into the left that I’ve found very interesting.  The political equivalent strategy of the Moral Majority.  First of all mainline denominations and now exvangelicals have followed along to hijack the Democratic Party and take up the new Moral Majority.  The Progressive Pharisees.  The new fight for the “soul” of America.  The very same group who 30 years before argued that souls and morality are best left away from politics and government, now bark about how unchristian and evil this president is, and how we must move on.

Listen, I get it if it was just the left, using reason and facts to illustrate that President Trump needs to go.  And I don’t necessarily disagree with that assessment.  Every time I see one of his tweets I’m reminded of this fact.  What I don’t understand, however, is Christian democrats getting in bed with…well…Democrats.  They watched as it happened in the 80’s to Republicans.  It’s obvious that any political party will use Christians to their advantage, especially in a country so focused on God, and history will repeat itself again as my theory is Christians will once again be used by a political party to accomplish whatever it will take to produce some sort of utopia.

You see, Democrats aren’t attempting to create a theocracy.  They are not about all that.  What they really want is a utopia.  A Tower of Babel for our day and age.  Creating a world where everything is perfect and no one is left behind is noble, yet disingenuous at best in regards to the government.  The government will only take care of all of its people for as long as good people are in office.  The unfortunate thing about that is that the term “good” is subjective.  I don’t know that I would call Joe Biden or Donald Trump good, though one of them might be better than the other in regards to politeness.  Still others, however might believe that the other is better in character because of the policies he brings forth.  Either way, it’s not difficult to refute the idea that a utopia is in our future.

So what do we do, Marty, Just give up?

No and in fact, despite everything I’ve written so far, I don’t believe it’s wrong to vote one way or the other.  In fact, I think its amazing that we get to do that.  My problem is the manipulation of the Moral Majority in the 80’s and the Progressive Puritans of today and their incessant need to decry the beliefs of those who vote on the other side of them.  Exvangelicals are all of a sudden questioning the spirituality and morals of Evangelicals, and are doing it in the same “I’m closer to God than you” way that the Evangelicals did it in the 80’s, and it’s quite simply maddening.

I’ve been told at least 3 times in the last week that if I vote for a 3rd party, I’m voting for Donald Trump, just like Republicans said in the early 90’s that if anyone voted for Perot, they were basically voting for Clinton.  And honestly, it all wreaks of politics.

The problem is, the Kingdom of God transcends above politics in a way that allows us to vote and have an impact in our world without getting in bed with parties and people who (please trust me when I tell you this) will use you to accomplish their own political means.  You are not special in this way.  If you are not focused in on what the Spirit of God wants you to do and how he wants you to act, you will quickly move from being a prophet speaking truth to an idiot sitting on a talking ass who refuses to allow you to influence anyone at anytime (see Numbers 22).

So please, for the next month, if you’re a Christian, spend more time in prayer than on Twitter.  Your opinion may be important to you, but according to you, God’s opinion is more important to you.  So stop judging, and stop posting bad political memes, and speak out against injustice where you should.  But please, for the love of God, don’t affiliate that injustice with the other candidate.  You’re only offering up a new set of injustices.  And by that time, you won’t have the moral authority to prophecy anything to anyone.