A Civil War is Coming

There are people on both sides of this fight, and I get it, you’re right and they’re  wrong, but this should definitely make you nervous.  The Evangelicals vs the Mainlines (and former evangelicals) will be facing off heavily later this year for the right to say who represents “what Jesus wants”, and it is not going to be pretty.

At the heart of it, of course, is our president, Donald Trump, who is about as unifying as    Coriolanus Snow.  You either love him or you hate him, but one thing you don’t do is ignore him.  I’m sorry, that’s the news media. 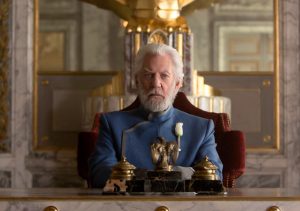 evangelicals love this guys.  I mean, they really love this guy.  They pose for pictures in front of Playboy Magazine with this guy, and the primary reason they do apparently is because he puts in Supreme Court justices who will overturn Roe V Wade.  That hasn’t happened, but hey, the economy is great!

The Mainliners (and former evangelicals) hate this guy.  They literally hate everything he does, says, and tweets.  I probably should have started with tweets.  They’ve been looking for ways to get rid of him since, well apparently since President Obama was president.  And while he certainly has made good on his conservative promises, he also hasn’t changed anyone’s way of life here in the states.

So around this guy, Facebook groups abound spewing hate and bitterness and division, and this election, it’s coming.  Maybe (and hopefully) it won’t be an actual civil war, but I do know mud slinging will happen.  It will happen and we are only nine months away.

All that to say, if you’re the church, any church, don’t participate in it.  Don’t name call, mud sling, and certainly don’t use Jesus as your puppet to justify who you are voting for.  I can promise you he has little interest in who is in charge of the empire.  Horrible malicious emperors took charge of Rome back in the day and Paul still said that “there is no authority except that which God has established.”

Start praying now.  But before you pray for the person who will be the next president, please take some time to pray for your own spirit and how it lines up with His Spirit.  Don’t forget, “he is with you always, even to the end of the age.”