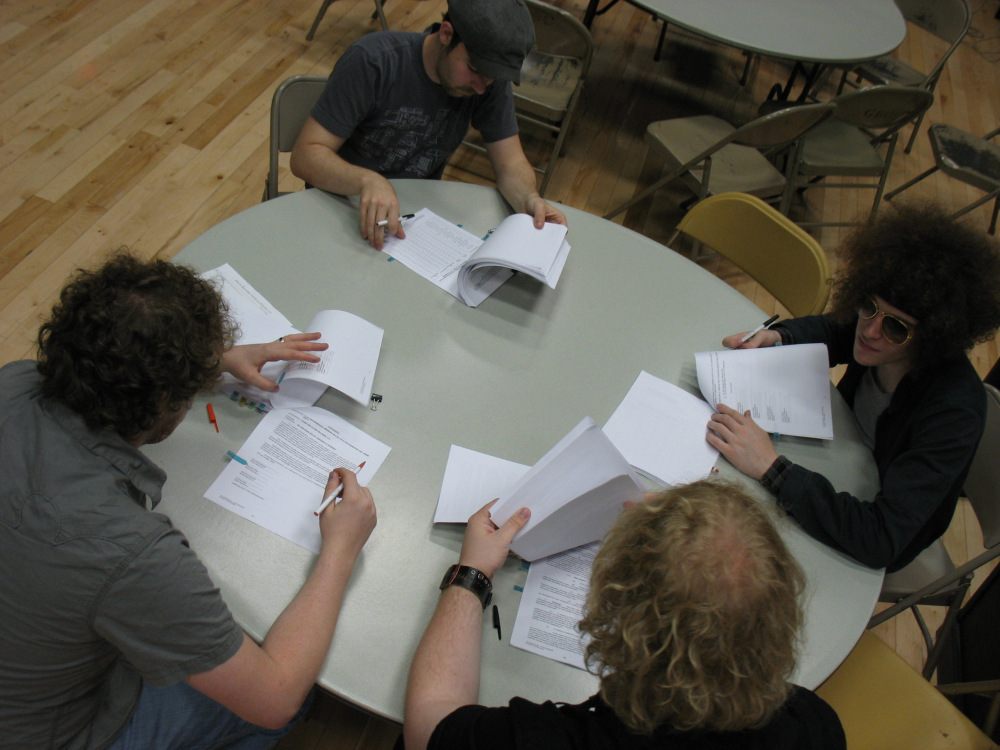 Sitting in Brennan’s living room, all 4 of us around his coffee table with Jon on speakerphone. “We need to know by tomorrow. There’s good and bad to both. Think about the people you want to work with. This would be a good time to ask God for some wisdom”. Two contracts. Both worth over $120,000. We literally had drafts of both sitting on the table in front of us, and we stared. My stomach turned. We literally did not know what to do, and we had to know like right now.  We had played for all the majors. Had dinner with a few, and now had finished negotiations with 2 labels. Warner and Universal.

Let me tell you, without getting too ahead of myself, I don’t have any regrets. I am thankful for the experiences I had, some of which I will share with you. I’m thankful for what my life has turned into. I’m thankful for my wife, and my two little boys, who may not be here if things were different. But I would be flat lying if I didn’t think about what my life would be like had we just chosen the other contract. Every. Single. Day.

Now on with the name dropping.

It was January 2008, and we flew to New York twice in two weeks for label showcases. If you aren’t familiar with how these showcases work, let me fill you in.

A label pays for you and your band to fly in to their town, usually NYC, Nashville , or LA. They rent a small rehearsal room, rent all your equipment, sometimes even the obscure stuff, and you play a shortened set for a very small number of people. These showcases are UTTERLY TERRIFYING at first, but you’d be amazed how acting confident can actually make you confident. One of the hardest things about these showcases is just reading how to interact with whomever is watching you. You don’t want to treat them like a fan, because they’re there to essentially scrutinize you, and often it’s only 2-3 people. I never quite figured it out. One time in Nashville, we performed for Brad O’Donnell who was with EMI. This particular showcase was at a coffeehouse, and I decided it would be a good idea if I went all out. In our normal shows, I would often partially stand up on my piano and my stool during the last song. Well, this particular stage was small, and when I stepped up on the stool, it tipped forward, my leg smashed between the stool and piano, which drew blood and left a nasty burn, and the stool then fell back and hit my guitar which was on the stand. I didn’t completely hit the floor but it was close. There was a moment of terror, but I’ve heard it said better to crash going 100mph than 10. Brad was gracious and we had a laugh. Lesson learned.

Kevin Law was the former VP of Universal Music Group. He made his name signing Nelly, and had substantial success there. Through some circumstances that I’m not aware of, he left Universal and started his own label called Cause for Alarm Records. Cause for Alarm was just launching, but had substantial financial backing, and a small team of people working. They also had a partnership with Warner Brothers. Showcasing for Kevin was the first time I saw that my personal faith could be a detriment in the music industry. “Are you guys Christians?” he asked. “Well, we are Christians in a band, not a ‘christian band’”. “Good” he said. “If you want to make a Christian record we are not the label for you”.  I appreciated his honesty, especially because I did not want to make a “christian” record. Kevin was charming and made us feel like we could trust him. We really liked the appeal of being their first band and having a group of people work just for us. It was hard to not be impressed.

Universal was also very attractive to us. We liked our A&R guy, and they were welcoming to us. I honestly barely remember playing for them, just that is was in the exact same room that Cause for Alarm had put us in. The contracts were very similar, but there were a few hang ups with CFA/WB. We felt in our gut that they were where we were supposed to be, but our lawyer said don’t sign there unless they change this or that. I don’t even remember what it was at this point. So we gave a verbal commitment to Universal, and upon informing Kevin, CFA budged and went after us hard. It felt great to be pursued like that. We burnt our bridge with Universal and in June 2008, after 6 months of negotiations, we were a Cause for Alarm/Warner Brothers Records recording artist.

As long as I live I’ll never forget the feeling of holding our record advance in my hand. There were two checks, one from WB, and one from CFA, totaling roughly 120K. We felt so important. We were also lucky to have Jon in our ear, constantly reminding us “you haven’t done crap yet so don’t get too ahead of yourselves.”  We each got to keep around $10k, and the rest was spent on lawyers and record production. I banked my money and didn’t quit my day job.

We spent 3 weeks in Nashville recording songs for the record. We spent some time at Toby mac’s studio in Franklin. Toby was very friendly and would come into studio B every morning to say hello and steal our coffee. One afternoon, we heard what we thought was the rap section of “Jesus Freak”. We ran out into the hall to hear Toby going all out. He had a vocal booth on the other side of a door, and all 4 of us and our producer Allen had our heads up against it like 10 year olds. Toby was doing overdubs for a live DVD and was redoing Jesus Freak. How cool is this? We got out our phones to capture whatever audio we could and when he was done we tiptoed away, all smiling ear to ear. I’ll never forget that.

November 2008. Our record is almost done and the economy has crashed. We were in my parent’s kitchen if I remember correctly. The phone rings, it’s Kevin Law. Getting Kevin on the phone was not completely uncommon, but not normal either. “Sorry to tell you guys this, but the financial backing for Cause for Alarm is pulling out. I’m not sure what this means for you just yet, but it may mean you don’t have a record deal”. I remember thanking Kevin for all his hard work, trying to stay positive, hanging up and wondering what the heck just happened. We had no idea what we were in for.